Menu ARN
Supply chain troubles cost Apple $6B: Why another record quarter has everyone worried

It's Record Quarter Season again. On Thursday, Apple announced another record for its fiscal fourth quarter, ending its fiscal year with a three-month period in which the company generated US$83.4 billion in revenue, up 29 per cent from the same quarter a year ago.

Still, does a dark cloud hang over Apple? If you're a financial analyst, maybe. And that's the most interesting detail that came out of this week's look into Apple's finances.

Robust demand, but no supply?

How does a company that's reporting record earnings and repeatedly citing robust demand for its products put a chill into the hearts of Wall Street types? It's the story of the season, and it has to do with kinks in the worldwide supply chain, which severely affected Apple in the just-finished quarter and threaten to do worse in the holiday quarter.

Six. Billion. Dollars. That's cash that Apple's customers slapped on the table in the last three months, saying shut up and take my money… and were denied. Because Apple just didn't have the products available to sell. That record $83.4 billion quarter should've been a record $89.4 billion quarter, but for all the woes in the international supply chain. And here's the scarier part: it's going to get worse before it gets better.

What we're saying is that the nominal amount of supply constraints for Q1, we estimate to be larger than $6 billion, Cook said. And so it's important to know that we're getting a lot more supply in Q1 than we had in Q4, obviously because our sequential growth is significant and we have very solid growth year over year. And so the amount of supply is growing dramatically, it's just that the demand is so robust that we envision having supply constraints for the quarter.

To translate that: During the holiday quarter, Apple will leave even more than $6 billion on the table, in part because even though its supply is growing rapidly, demand for Apple products spikes this time of year. And increased supply just won't be able to catch up to increased demand. In fact, it will slip behind, at least somewhat.

Now, this is the least doom-and-gloomy version of this story you could possibly imagine. Despite that limitation, Apple still expects the holiday quarter to break the company's all-time record for revenue, which was set last year with $111 billion. It's just not going to be as big as they could be, because some people will try to get Apple products in December and be told that they won't ship until January or February.

As for the Apple products being bought these days? They're hot off the presses, as Apple tries very hard to increase turnaround time as much as possible. We're reducing our lead times and cycle times so that when you get a chip off of a fab… as quickly as possible, it's in a product and shipping, Cook said. Today's M1 Pro chip is tomorrow's MacBook Pro. Like, literally. Get it in there, pronto.

All the concern about Apple's supply chain constraints–from analysts who were already on edge because this is not something limited to Apple, but is affecting many businesses all over the world–did lead to the single funniest moment of Thursday's conference call. Krish Sankar, the Cowen and Company analyst, introduced himself by saying, Tim, I will give you a reprieve from the supply chain questions.

Tim Cook let out a big, genuine laugh to that, with other voices from Apple audibly chuckling in the background. (The reprieve was momentary. The next analyst went right back to the supply chain.) But it was an indicator of how much this situation weighs on Apple and the rest of the world.

Speaking of finding entertainment value in otherwise dry financial talk, I enjoy the moments on these calls when an analyst tries to get Apple to reveal something that it absolutely won't possibly reveal.

These usually take the form of some clever wordplay that tries to trick Tim Cook into revealing a little bit of information about some unreleased product. That stuff never works, but they do like to try. 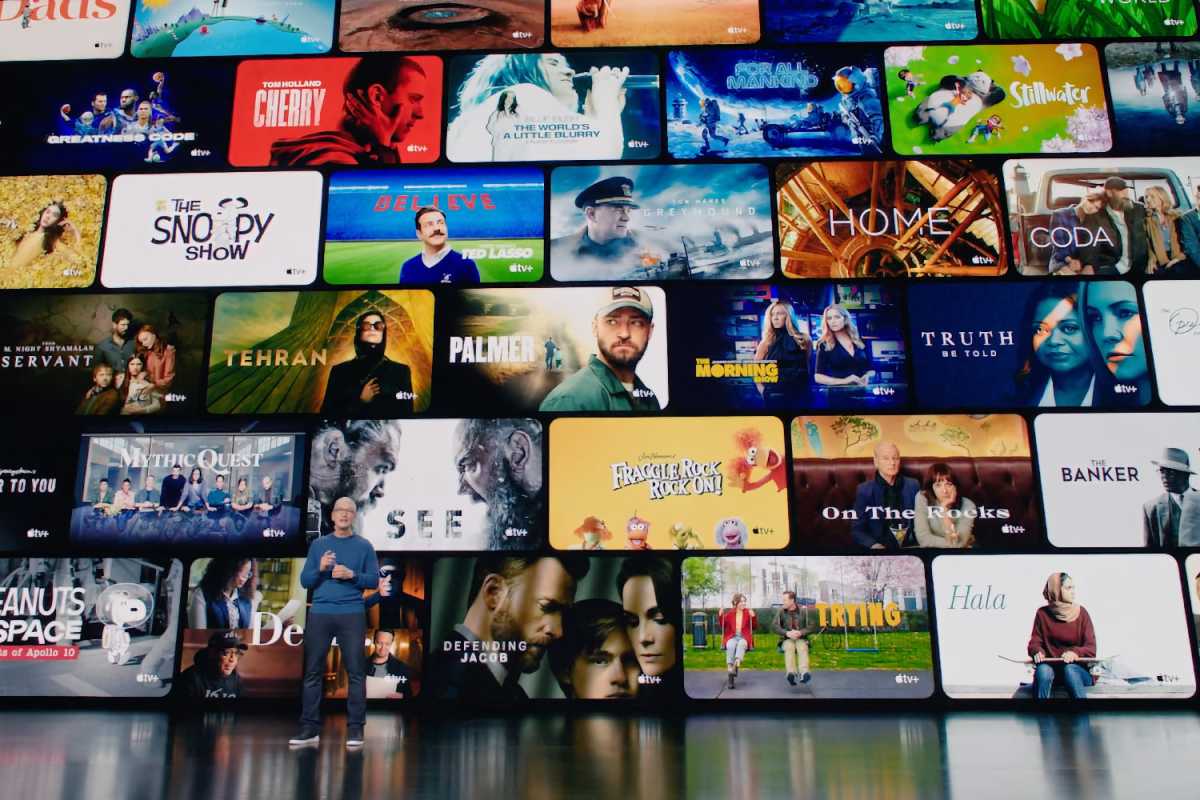 This time, Bank of America analyst Wamsi Mohan tried a different approach. Instead of digging for details about the new iMac, Mohan decided to try to get Cook to reveal extra detail about Apple's services business. Streaming services like Netflix like to keep their statistics to themselves, though a little bit does leak out here and there.

Anyway, Mohan gave it a go. Can you maybe share either some metrics on some of the new services, like TV+, in terms of paid subs, and how are you measuring the success of these investments?

Cook's answer: Well, we look at a number of things internally that we don't share externally. And so you can bet that we're looking at subs and ARPUs and conversions and churn, and all of the normal things you would look at with a subscription business. We're not going to get into sharing those on an individual service basis...  but you can bet that we're managing it at the individual service level.

In other words: Yes, we do have that data. Yes, we do look at it carefully. Yes, it's very important to us. And no, you can't see it!