Market expected to increase to $12.6 billion annually by 2025 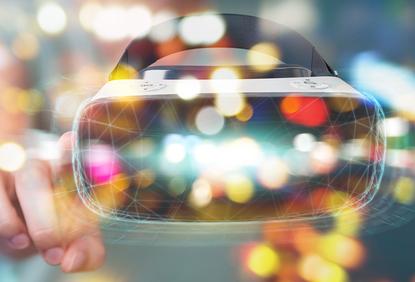 The enterprise virtual reality (VR) hardware and software market is predicted to exceed a 12 fold increase over the coming seven years, according to the market intelligence firm Tractica.

The top applications for VR technology in the enterprise are expected to include training and simulation, medical therapy, location-based entertainment and education.

Furthermore, with consumer-grade VR hitting its stride with new devices and technological breakthroughs expected in 2018 and 2019, the future looks increasingly bright for the VR industry.

However, even with “continuing growth, market adoption of enterprise VR use cases is moving slower than previously anticipated due to market acceptance lagging behind for several use cases,” said Mark Beccue, principal analyst, Tractica.

This might be about the change, however, as the success of consumer-grade VR from the likes of Facebook/Oculus, HTC, and Samsung, is having a knock-on effect on the enterprise, raising the profile of VR immeasurably.

The greater immersion offered by VR provides an opportunity for increased productivity, improved results, and efficiency, enabled by the technologies versatility and usefulness.

“Despite some retrenching in the market, however, there is momentum and accelerated activity, especially for location-based entertainment and medical therapy use cases,” added Beccue.