Ten years on: How Netflix completed a historic cloud migration with AWS

Dave Hahn, a senior engineer at Netflix, explains how the company scaled to provide video streaming to 130 million subscribers 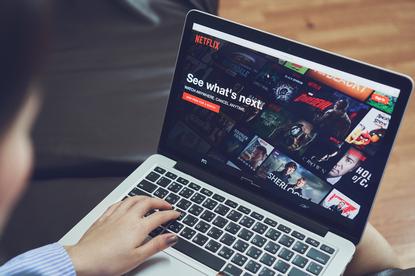 In its 20-year history, Netflix has grown from a DVD rental website with 30 employees to a global streaming service with over 5,000 titles, 130 million subscribers and $11 billion annual revenue that has drastically transformed the entertainment industry.

At the Consumer Electronics Show in January 2016, Netflix CEO Reed Hastings launched the service in more than 130 countries.

"While you have been listening to me talk, the Netflix service has gone live in nearly every country of the world," he announced on the Las Vegas Convention Centre stage. "Today, right now, you are witnessing the birth of a global TV network."

This was all made possible by a radical transformation of a previously traditional IT operation, as Dave Hahn, a senior engineer in Netflix's cloud operations and reliability team, explained recently at the Service Desk and IT Support Show in London.

"We flipped on the service for another 130 countries, and millions of new customers that we hadn't previously been servicing," said Hahn.

"I think you can imagine the amount of work and thinking and architecture design we had to do to open up to 130 countries, and millions of new customers just in that moment; the technical architecture, the research, the billing systems, the kind of people that we needed and the thinking about these kinds of problems in order to make that happen."

The journey began when Netflix decided to move from its own data centres to the public cloud.

In 2008, Netflix was running relational databases in its own data centres when disaster struck. A data centre failure shut the entire service down and stopped DVD shipments for three days.

The company's owners faced a choice: turn Netflix into a world-class data centre operations company or move the service to the public cloud.

Netflix was growing fast. The thousands of videos and tens of millions of customers was already generating an enormous quantity of data.

The company would struggle to rack the servers in their own data centres fast enough to handle the ever-growing volumes, but the cloud would let them add thousands of virtual servers and petabytes of storage within minutes.

A migration to the cloud was the clear choice. They soon became a poster child customer for Amazon Web Services (AWS), choosing the company for its scale and broad set of services and features.

The move would require a complete rearchitecting of the company's traditional infrastructure though. They could have forklifted all of their monolithic enterprise systems out of the data centre and dropped them into AWS, but this would only have brought all of their old data centre problems to the cloud.

Instead, they chose to rebuild the Netflix technology in AWS and fundamentally change the way that the company operated.

"Software's like anything else; if you can design it for the environment that it's going to be living in it will do more of the things you want it to do, more often and more regularly," said Hahn. "So we chose to move to micro-services."

This made the infrastructure much more agile by breaking aspects of the service up into multiple micro-services, managed by their own small teams who understood how their service worked and interacted with other systems. This was pretty groundbreaking at the time.

This provides clear, specific insights that make it easier to change the service, which leads to smaller and faster deployments. It also allows them to isolate services to understand the various performance profiles, patterns and securities in each micro-service, and move away from any individual piece that's causing a problem.

"I don't have to assemble all of these pieces built by other people in order to have a singular deployment," said Hahn. "Any Netflix service team can deploy their service at any time. It requires no coordination, no scheduling, no crucible to get to production."

Benefits of the cloud

It took Netflix seven years to complete the migration to the cloud. In 2016, the last remaining data centres used by the streaming service were shut down.

In its place was a new cloud infrastructure running all of Netflix's computing and storage needs, from customer information to recommendation algorithms.

The migration improved Netflix's scalability and service availability and the velocity by which the company could release new content, features, interfaces and interactions. It also freed up the capacity of engineers, cut the costs of streaming, drastically improved availability and added the experience and expertise of AWS.

"The other thing is that the cost model is really nice for us," added Hahn. "You pay for what you use. That allows us to do a lot of experimentations."

This gives them greater freedom to test new features and improve existing ones, such as the rows of content recommendations that are personalised every day.

"These large recommendation algorithms require a lot of compute work," Hahn explained. "If I want to find out if a new one we're playing with does better, I don't want to turn off the old one, because you still need recommendations.

"I can now spin up an entirely new set of machines in the tens, or hundreds or thousands in an afternoon and chunk through my data and see if we've done better, and I only pay for the portions I use. It allows us an amazing amount of freedom in experimentation."

The cloud is only one part of the Netflix user experience. Everything that happens before they hit play takes place in AWS, but the video content that follows comes from a separate system: Netflix OpenConnect, the company's proprietary content delivery network (CDN). The OpenConnect appliances store the video content and deliver it to client devices.

CDNs are designed to deliver internet-based content to viewers by bringing it closer to where they're watching. Netflix originally outsourced streaming video delivery to third-party CDN suppliers, but as the company grew, these vendors struggled to support the traffic. Netflix needed more control over the service and user experience.

The company decided to design a CDN tailored to its needs.

Popularity algorithms and storage techniques help distribute the content in ways that maximise offload efficiency. The system reduces the demand on upstream network capacity and helps Netflix work more closely with the ISP networks that host its traffic.

"We designed OpenConnect caching boxes to hold our content, and wherever we can we install them inside of your internet service provider's network, so that when you see those video bits you aren't actually transiting off of your operator's network," said Hahn.

The new system cut the appearances of the loathed buffering wheel by an order of magnitudes. It also allowed Netflix to make the CDN software more intelligent.

Now, whenever a customer presses play their device can get its content from numerous places on the internet.

The investment paid off when a fire in an ISP data centre in Brazil burned down Netflix's entire stack of machines. Customers who had been streaming from the ISP didn't experience any change in their user experience.

"Their devices already knew somewhere else to go get the data," said Hahn. "It didn't interrupt even one frame of streaming, when we literally burned down the base."

Netflix developers are well known these days for their unique approach to engineering culture. A self-service chaos engineering tool called the Chaos Automation Platform was pioneered to test problems in their production environments so they can be sure that their software will behave as they want during a failure.

"People press the play button on Netflix thousands of times a second," said Hahn. "If the systems cannot auto recover, if they cannot handle bad situations, if they cannot self-repair, by the time I get a human involved, in the best-case scenario, minutes have gone by.

"You can get an idea of how many of our customers we've disappointed in the three or four or five minutes it may take to get a human involved, and in the right place and working. Chaos engineering is an excellent inoculation to failures."

They use the chaos engineering method to ensure Netflix can survive a failure in one of three AWS regions it uses. Every month, they turn off one of the regions and test that they can move all of the customers that it was serving to another one within six minutes.

To embrace chaos without causing destruction, Netflix had to create a corporate culture that supported such ideas.

The central principles were formalised in the 127-slide Netflix Culture Deck, which Facebook COO Sheryl Sandberg said "may well be the most important document ever to come out of the Valley".

A central tenet of the policy is balancing freedom with responsibility. Teams are given ownership of their micro-service and encouraged to act independently but not recklessly.

"Netflix managers do not set out tasks for their employees to do or design their projects," said Hahn. "Their job is to give them the appropriate context so they can make the decisions, to hire excellent, stunning colleagues for them to work with, and to stay out of their way."

The company avoids making too many rules beyond a set of fundamental principles such as never touching customer data. Hahn describes the approach as building guardrails but not gates, and claims he can count on one hand the number of times he's had to tell an engineer exactly what to do.

"By making sure that that context is widely and regularly shared I can have someone design a billing system, someone else working on algorithmic systems, SREs on our reliability teams, and somebody else working on customer service, and they'll understand the same context and march towards the same goals," he said.

"That allows us to keep those teams loosely covered. We don't have lots of structures and controls, but we keep them highly aligned."