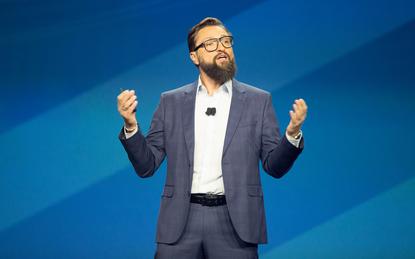 Cisco will phase out its Services Partner Program (CSPP) over the next two years in a bid to ensure the entire channel shifts their business models to software and services.

The networking giant will revamp its channel programs, placing the focus on lifecycle management and customer experience, with remuneration moving to recurring revenue.

Unveiled at Partner Summit in Las Vegas, the new scheme will see the CSPP gradually phased out as partners are encouraged to adopt its Lifecycle Advisor offering, a trial program intended to encourage partners to work with customers beyond just product sales.

As such, Cisco will move its services-related rebates to an annuity-based model that measures partners on monthly recurring revenue, expansion growth and renewals.

In a move away from its previous “hardware-centric mode”, that measured sales performance, the new program will be based on an annuity-based model that will serve as “more predictable incentives” for partners.

Within its flagship VIP partner program, which launched 16 years ago, a series of bonuses will also roll out over the next year. These include bonuses for its DNA Centre Activation Accelerator - essentially for activating the software sold -, its Master Networking Specialisation.

"We need to move the whole of the partner world," said Oliver Tuszik, the recently installed global channel chief when addressing an audience of more than 3,000 partners.

"Don’t get me wrong: we love partners selling a lot of products. But we need to get to the next level and see the value of using. Then we’re moving the customers from using the software, to loving it."

Referencing the Lifecycle Advisor program, Tuszik added that the five partners involved in the trial had generated more than $1 billion in software bookings.

Tuszik also announced a new specialisation in Customer Experience, which will run in tandem and build on from the Lifecycle Advisor offering.

Expected to launch next July, the specialisation will combine hardware and software support, plus lifecycle, intelligence and digital engagement into a single operation.

As part of an ongoing effort to simplify its relationships with partners, Tuszik said the vendor intended to roll out simplified deal registration, enterprise agreements, plus a 48-hour turnaround on EA pricing.

Eleanor Dickinson attended Partner Summit as a guest of Cisco