Program designed to boost cloud offerings through the channel 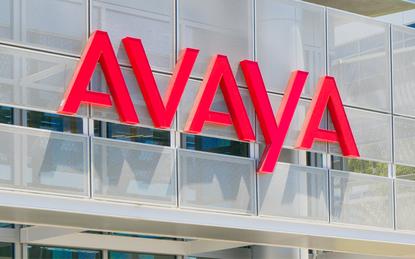 Avaya has rolled out a range of enhancements to its partner program, in a bid to drive increased cloud solution selling through the channel.

Under the banner of Edge Channel Partner Program, the initiative is based around a desire to boost cloud offerings indirectly, backed up by a simplified incentive structure and tailored enablement models.

“Much of the coming year’s focus will empower channel partners to easily deploy cloud-based products as cloud adoption continues to skyrocket,” said Dino Di Palma, president of global accounts at Avaya. “For example, Avaya has grown its public cloud seats 300 per cent in the past year.

“With offerings for small-medium businesses (SMB), mid-market and enterprise, Avaya’s range of cloud-based services continues to expand and is expected to provide significant growth opportunities for all channel partners in 2019.”

“Avaya Edge is a comprehensive program for channel partners that now benefits from further improvements for 2019,” added Tim Banting, principal analyst at GlobalData.

“Some vendor programs leave channels confused with complex structures and incentive programs which can lead to misaligned sales behaviour and issues in partner profitability.

The enhancements come less than a month after the vendor re-tweaked its partner program further, in an effort to encourage more service provision from the channel.

As reported by ARN, Avaya launched a communications platform-as-a-service which will feature a number of APIs for partners to provide to end-users.

Announced at the Avaya Partner Summit in December, the platform will offer interface functionalities with social platforms to speed up time-to-market for partners.

The changes come as part of an effort to shift channel partners away from operating a traditional reseller model to providing full unified communications (UC) and contact communications (CC) solutions.