Hyatt saves $400K by deploying Cohesity for back-up and recovery 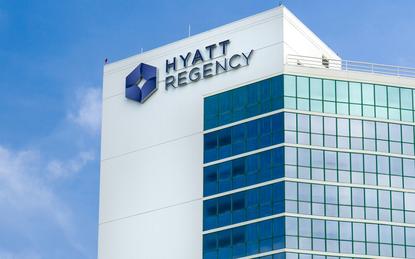 Hyatt Hotels has rolled out the Cohesity DataPlatform to modernise its back-up and recovery infrastructure, cutting storage requirements by 400TB and saving $400,000 since deploying at the end of 2017.

The hospitality giant turned to Cohesity to simplify a complex IT infrastructure spread across three data centres in the USA and Germany, including a primary data centre in Chicago where Hyatt manages around 1.8 petabytes of data - a figure that continues to grow by 20 percent each year.

Prior to deploying Cohesity around 70 percent of Hyatt’s environment was virtualised running on Linux, but it was finding the IBM Tivoli Storage Manager (TSM) software it was running was starting to struggle to back up, causing costly downtime.

Hyatt needed an alternative backup and recovery system that would allow it to quickly and easily backup its virtual servers.

The company evaluated a solution from Veeam but plumped for Cohesity due to the vendor’s ability to work more closely with its clients.

“We had other vendors that were more remote, and were not able to break bread with us and establish a personal relationship,” Ted Stevens, senior storage and virtualisation engineer at Hyatt Hotels, tells Computerworld UK. “That was a differentiator between Rubrik and Cohesity.”

To ensure that Cohesity was the right choice, Hyatt inserted a contractual stipulation that forced the vendor would have to meet a certain deduplication rate.

Cohesity passed the target, reducing the time for data replication between data centre locations from days to minutes, and helping Hyatt reach deduplication ratios of 4:1 in its Chicago data centre.

Stevens warns other companies evaluating backup and recovery systems that the agility provided by startups such as Cohesity can create risks as well as opportunities.

“This is a younger company. We're used to dealing with IBM, which moves very slowly,” says Stevens. “So some of the code that comes out with Cohesity has great features and there's a rush to get the feature out, and then, 'Uh oh. We didn't check every box in terms of the efficacy.' We have run into some of those."

In addition to the $400,000 in cost savings since deployment at the end of 2017, Cohesity has helped reduce Hyatt’s raw storage requirements by 40 percent and simplified long-term retention and archival through native integration with Microsoft Azure. But for Stevens, the biggest benefit of Cohesity was its ease of use.

“We're a cost centre for the hotels and the properties and we have to do more with less, which means we place a premium on a product that provides relative ease of use,” he says.