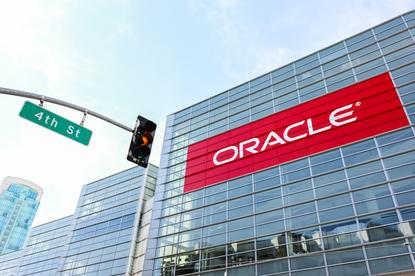 MIMOS Berhad - Malaysia’s national applied research and development centre under the Ministry of International Trade and Industry (MITI) - has unveiled plans to expand its use of blockchain technology through Oracle’s cloud-based platform.

The Malaysian government has been experimenting with the use of blockchain technology to streamline workflow and ease of doing business in the country.

In particular, MIMOS had initially leveraged open source hyper-ledger and had completed a proof of concept (POC) with respect to traceability of palm oil.

However, wanting to expand its experimentation, the research centre approached Oracle for use of their cloud-based Oracle Blockchain Platform, citing its enterprise-grade architecture as a key reason for its selection.

The enterprise-grade architecture was an important factor, ensuring the best security, scalability, and performance characteristics required for production use.

In addition to use cases around traceability, the government has also experimented with blockchain technology in areas such as cashless wallets, power distribution, and transaction origination.

“More specifically, we aim to drive change in the manufacturing sector by making the traceability process more transparent and immutable."

In addition to its enterprise-grade architecture, its selection hinged on a number of other key factors, including its plug and play integration with existing business systems, which simplifies and shortens the set up processes and makes ongoing deployment easier.

Furthermore, the fact that it is an open platform enables MIMOS to more easily connect into other systems or Oracle applications should the need arises, like Oracle ERP Cloud for supply chain purposes or Oracle’s Autonomous Database, to gain deeper analytics capabilities, to simplify reporting by creating interactive dashboards and reports.

The use of blockchain technology has been gaining traction in Malaysia. Malaysian Deputy Agriculture and Agro-based Industries Minister, Sim Tze Tzin recently stated that the government is looking into utilising blockchain to track and control agricultural and Halal products at a recent international Halal expo held in Penang.

Additionally, the Malaysian Industry-Government Group for High Technology (MIGHT) has been established to explore how the country can use emerging and new technologies like blockchain for progress and development.

“Being one of the key contributors in raising Malaysia’s innovation competitiveness, MIMOS has been the pioneer in grooming technopreneurs through patentable technology platforms, products and solutions,” said Fitri Abdullah, managing director of Oracle Malaysia. “Oracle is honoured to collaborate with MIMOS underpinning the future of blockchain development in Malaysia."