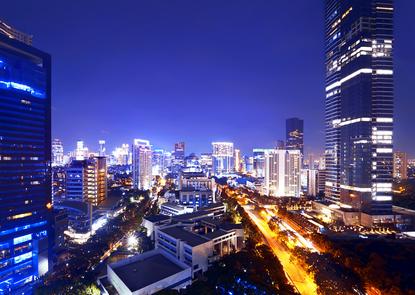 NTT has been selected by a “leading Asian bank” in Indonesia to implement SD-WAN technology to create a “high visibility” network.

Terms of the agreement - with the unnamed customer - will centre around optimising the existing network bandwidth utilisation while enhancing critical application performance and network visibility across more than 120 branches.

“In today’s digital era, banks must be agile, innovative and customer-centric,” said Hendra Lesmana, country general manager of Indonesia, NTT. “To do this, they should leverage high performance solutions that allow them to quickly adapt to changing customer requests and market demands.”

NTT was appointed to “redesign and optimise” the bank’s connectivity with an SD-WAN solution leveraging a “fully redundant” Multiprotocol Label Switching (MPLS) link with an active-active connection.

According to Lesmana, this “ensures faster response time” allowing the bank to focus on productivity and delivering service quality to its branch network, while reducing operating expenses by 50 per cent.

The solution also includes implementing quality of service to improve voice over IP quality in each branch to reduce administrative effort by 50 per cent, backed by a 10 per cent increase in application performance.

“We are thrilled to be working with one of the region’s leading banks that is committed to helping small and medium enterprises and retail partners thrive,” Lesmana added. “We believe that our close collaboration will support the bank by accelerating their services locally and across the region.

“It will also address their dynamic bandwidth requirements and greater network visibility, ultimately playing a key role in their digital future success.”

NTT officially launched to the world as a global technology giant housing the capabilities of 28 companies in July.

Headquartered in London, the $11 billion business is spearheaded by Jason Goodall and comprises of NTT Communications, Dimension Data and NTT Security, employing around 40,000 staff in offices across more than 70 countries and regions.