What’s the next battleground in cloud? 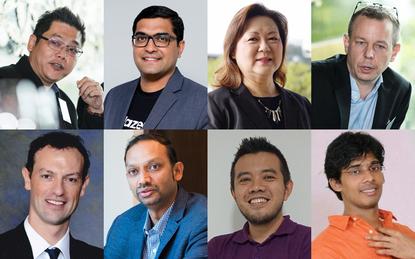 Supremacy in the cloud will be determined by innovation through artificial intelligence (AI), machine learning (ML) and enterprise workloads, in addition to pricing considerations and multi-cloud strategies.

This is in addition to changing market dynamics in Singapore and Indonesia, creating a more collaborative ecosystem of cloud providers in which VMware will be the glue.

That’s the view of eight leading cloud specialists in Southeast Asia, following a snapshot Channel Asia survey of the channel.

In response to the question - what’s the next battleground in cloud? - here’s how the experts see the market shaping up during the months and years ahead.

Speaking as CEO of Blazeclan, Varoon Rajani acknowledged that “multiple battlegrounds” currently exist in the cloud, “some immediate and some future ones”.

“I believe enterprise workloads will be the biggest battleground for the next three years,” he said. “AWS aligned with SAP early to become platform certified for running SAP workloads, but now Microsoft Azure and GCP have got platforms certified for SAP also.”

“Vendors believe, and rightly so, that if a company moves their most critical workload to the cloud, the rest will follow and will stay on the platform for longer,” he explained. “Another set of enterprise workloads are the ones running on VMware, with AWS announcing a partnership with VMware a couple of years ago. Now, Azure and GCP have once again followed suite and announced partnerships.

“This means that enterprise is the focus for the cloud players and is the major battleground. AWS had a head start but Azure with its enterprise applications and operating system is an incumbent in the enterprise segment and GCP is hiring aggressively under Thomas Kurian to target enterprise customers.”

Taking the conversation further, Rory Fitzpatrick - founder and CEO CloudGo - believes the priority for customers is currently centred around the replacement of legacy on-premise applications, and whether such workloads move to hybrid, infrastructure-as-a-service (IaaS) or platform-as-a-service (PaaS) environments.

“Many organisations are looking to lift-and-shift to the first two options and need to step back and consider whether PaaS platforms are a better way to go,” he advised. “We find with the secure infrastructure, pre-configured database, identity and role management and workflow automation of ServiceNow we can often get a far better result, far faster.

“You can build apps and automate processes across a range of business needs, from IT to finance, HR, security and operations. Just because you had to build it all yourself before doesn’t mean you have to anymore.”

According to Bijjala Radhakrishna - CEO of Total eBiz Solutions - the next battleground in cloud will be AI.

“The rise of cloud has created lots of data that no-one owns,” Radhakrishna said. “This abundance of data is going to make AI and machine learning models work better and democratise AI, which removes the need for a qualified or experienced data scientist. Instead, this can be done by automation and AI.

“Natural language, image recognition and adaptive learning can also be automated and models can be easily trained by end-users. Customers then can leverage intelligent and smart [AI] cloud rather than just cloud.”

For Rajani of Blazeclan, AI and ML, along with server-less services represent key innovation areas but the revenues generated today remain “insignificant”. Instead, the technology currently allows cloud providers to gain mindshare at a customer-level, and will evolve into a battleground within the next three years.

“Looking at AWS, Azure and GCP, all three have areas of strength, even though they all have different offerings,” Rajani added. “Today these workloads are not prevalent in a large segment of enterprise customers, but over the years they will become ubiquitous.

“The platform which provides ease of usability and integration will be the winner. It’s currently very early days but the results of this will be visible within the next 4-6 years.”

Delving deeper, Roger Siow - CEO of Syner-G Technologies - said cloud has the capacity to create a platform capable of facilitating the growth of AI and ML, in addition to information gathering and sharing.

“A good example is Google Cloud using AI to improve the cloud experience of users. Gmail now can predict what you want to say in an email and help you type even before you even think of the statement.

"Therefore, I believe the fight now is centred on gaining market share by providing more advanced and safer features through the development of AI."

In assessing the local market, Siew Kheng Chew - executive director and co-founder of Pro-Datech Systems - observed that for customers, the key focus in cloud now centres around cost control rather than security.

“The priority is around who can provide the most cost effective cloud,” Siew Kheng said. “Whether hybrid cloud or multi-cloud, the conversation is still about cost. The market talks about security but it’s no longer the main concern given the amount of solutions now available.

“Almost every vendor today has a cloud solution of some form, but the issue for some customers is still based on price. As with most products however, once they mature, the cost will come down due to competition so it’s not uncommon for customers to wait for the right time to adopt.”

For Andy Waroma - co-managing director and founder of Cloud Comrade - there will be "three distinctive areas" within the next to 12-24 months that will define the future of most cloud managed service providers (MSPs) in the ASEAN market.

"The first one will be the Singapore Government's push towards public cloud; secondly, the increasing adoption of cloud services in the financial services sector across ASEAN and thirdly, and perhaps the most significant one, Indonesian organisations migrating to cloud after Google Cloud and AWS open regions in the country.

"While it can be thought of as battleground, the market will be so big that cloud MSPs will start running out of capable resources and therefore they need to start thinking about resource optimisation through coopetition.

“Each cloud-focused MSP will have their own unique strengths and rather than going head-to-head in every deal, there will be new synergies that will emerge to benefit customers, cloud platform providers, and of course, the MSPs themselves. Let the battle commence.”

Specific to Indonesia, Ramon Hadypratomo - COO of ViBiCloud - cited multi-cloud as the logical next phase of growth in the expanding cloud market.

“Some of our customers are implementing multiple environments, such as Azure, AWS and Alibaba Cloud,” Hadypratomo added. “Indonesia is pursuing a multi-cloud strategy because customers are uncertain about cloud reliability. It’s like the market wants to put their eggs (cloud) in some of baskets (cloud platform) which is managed by one MSP such as ViBiCloud.

“Indonesia is a country with a growing and emerging market. In Indonesia’s market, we still need to improve the infrastructure and awareness around digital transformation which is why I believe it’s too early to adopt AI and ML at this stage.”

In most instances, Avinash Bodapati - cloud solutions architect at Cloud Ace - said that customer interactions demonstrate that a 'one single cloud fits all' approach does not carry weight at enterprise level.

“Every cloud provider out there in the market has its own strengths,” he said. “At the same time, one cannot expect the businesses to give up on the existing investments in the form of on-premises environments.

“That leads to the area of multi and hybrid cloud where the digital infrastructure is not concentrated in one single platform. Open cloud takes an extensive approach from here where the service providers build open source products which can run across all platforms with little to no changes.

“This open, multi and/or hybrid cloud approach in building products and offerings, is what we believe will be a significant decisive factor for businesses embracing cloud computing.”

Echoing the view of Bodapati, Rajani of BlazeClan agreed that "there will never be" an all-in one single cloud platform for majority of the enterprise organisations.

Instead, large-scale businesses will either align to a multi-cloud approach or will have a portion of workloads running on-premises for reasons such as costs, regulations and security.

"I believe there is a scope of having such a platform which abstracts the provisioning and connectivity for deploying resources on cloud from the user and intelligently deploys workloads based on cost of underlying resource at that point in time.

"Perhaps some container providers can build something of this sort or VMware can enable porting across different clouds seamless."

Rajani concluded that while all cloud players have signed up with VMware, the market leaders are also releasing individual hybrid offerings, evident through AWS Outposts, Azure Stack and Google Anthos.

“There are no clear winners yet, except perhaps VMware in the short-term,” Rajani advised. 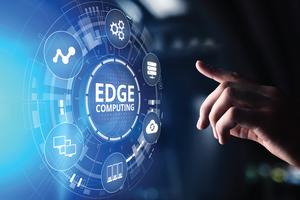