Apple has had so many successes that it can be hard to keep up with them. But it's not all been a bed of roses. Here are five times when Apple fell well short of its lofty aspirations 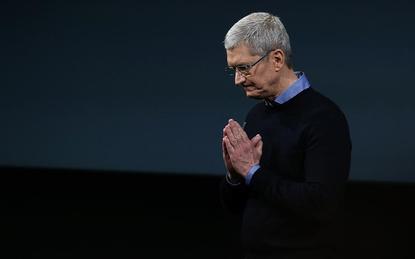 Apple has been an unprecedented corporate success in the past decade, becoming the first trillion-dollar company in history along the way.

But while here at Macworld UK we're always happy to champion the great work Apple does, there have been some less impressive moments too. Here's our selection of the greatest disappointments from Apple in the last decade.

Hubris is never pretty, and with the Mac Pro (2013) it hit Apple straight in the face. The sorry tale all began when Phil Schiller, the company's senior vice president of worldwide marketing, unveiled the new design at WWDC 2013.

In response to criticism about Apple's waning design prowess, he infamously said "Can't innovate, my ass!" when the trash-can device was revealed.

Now, while the technical achievement of including so much power in a form that small and smooth is worthy of praise, it wasn't the success Schiller's remarks seemed to anticipate.

An inability to upgrade many of the components meant that Pro users were less than impressed, and such was the debacle that in 2017 Schiller and fellow Apple high-flyer Craig Federighi hosted a roundtable meeting with tech journalists and essentially apologised for the design and promised an entirely new Mac Pro to arrive the following year.

This new Mac Pro marks a return to practicality over aesthetics, mainly because it's ugly.

Apple has a history of removing ports and drives that it deems is holding back design, but the last few years has seen this fall into farce. It all began with the iPhone 7 and the 'courage' to take away the headphone jack.

Now this made some kind of sense as the wireless AirPods were introduced, but then the MacBook arrived with a single USB-C port which also doubled as the charging port.

Soon it became the norm to see iPhones with tacky plastic dongles hanging out of the bottom so that user could connect their wired headphones, and a Mac user's bag containing a variety of adapters and leads to make sure they could connect whatever peripheral they needed.

It suggested that the elegant designs of the hardware just weren't compatible with real-life, as these carefully crafted machines often had spaghetti junction attached to the side of them. Still, at least Apple makes a small fortune in its new adapter division.

You knew this one was coming. With the arrival of the aforementioned MacBook came the now-notorious butterfly keyboards. This slimline design featured very little travel and made loud, clackey noises when typed on with any passion.

The feel wasn't to everyone's taste, with many complaining about the experience, but the real issue came when the keyboards began to fail at a seemingly higher rate than their predecessors.

Biscuit crumbs could cause keys to stop working and repairing the butterfly keyboards often involved removing the entire top section of the Mac, making it very expensive to get your F key back up and running.

Three iterations of the design have so far appeared, including the last one that featured silicon skirts to stop any ingress from wanton Digestives (allegedly - Apple claims these were for noise reduction), but many are still wary of their durability.

It's perhaps notable then that the brand-new MacBook Pro 16in (2019) features a return to a scissor-mechanism design which Apple is amusingly calling the Magic Keyboard.

In June 2018 Apple announced a keyboard repair programme for affected units, then this was expanded in 2019 to include the new MacBook Airs as well as all MacBooks that have a butterfly keyboard. This doesn't seem to be enough for some users, though, as a class-action lawsuit about the butterfly keyboard has now been approved to go to trial.

It might be an excellent application these days, but when Apple first released the Maps app back in 2012 it's fair to say that it was a mess.

Navigation would take you in completely the wrong direction, entire cities were missing, the graphics would regularly behave very strangely, and the app was generally not something you wanted to rely on.

Tim Cook apologised for the half-baked app, even going as far as recommending users try Waze, MapQuest or Google Maps instead.

Perhaps the darkest moment for Apple this decade was when the company was forced to admit that it had been deliberately slowing down older iPhone models' performance without telling users.

Apple explained that this was because the batteries in these units (iPhone 6, 6s, 7 and SE) would deliver power in an uneven fashion that could cause sudden shutdowns and damage the components within the device.

The revelations triggered a number of class-action lawsuits, while Apple announced an apology for the activity and slashed the price of its battery replacement program for those models involved in the scandal.