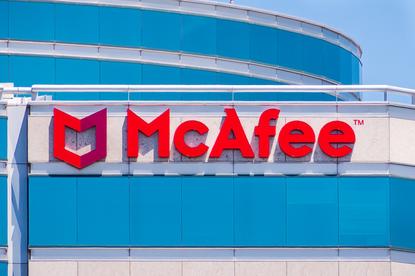 The average cost of a cyber security attack for organisations in Singapore stands at approximately S$1.7 million per breach, with businesses on “high” alert in 2020.

According to McAfee findings, the city-state houses the highest estimated costs stemming from a breach across Asia Pacific, ahead of markets such as Australia, Hong Kong, India, Indonesia, Malaysia, New Zealand and Thailand.

Findings from a survey of 480 cyber security decision-makers at a regional level paint a damning picture for Singapore with 80 per cent of respondents claiming that cyber security incidents pose “high” or “medium” impacts on business.

“Singapore organisations have been embarking on digital transformation efforts, and it is great to see that they are placing much more importance on cyber security,” observed Jonathan Tan, managing director of Asia at McAfee. “This is a good start, but we need to move beyond just implementing cyber security as part of digital transformation and in reaction to regulations.

“Instead, organisations should be planning with cyber security in mind, regardless if they are rolling out a new product or moving to the cloud, and not as a reaction or afterthought.”

Estimated costs from respondents in Singapore were more than double that of the next highest country in Asia Pacific, identified as Indonesia with financial implications at roughly S$785,000 per breach.

Meanwhile in Malaysia, where more than 85 per cent of respondents believed they could estimate the costs of cyber security incidents, companies estimated an average of S$31,000 per attack.

In response, 92 per cent of Singaporean organisations revealed plans to invest more in cyber security due to regulations with 100 per cent turning to the channel for specialist expertise.

Specifically, 68 per cent of the companies surveyed are aligning with solution providers, alongside engaging with system integrators (58 per cent), vendors (57 per cent) and consulting firms (52 per cent).

“In multiple technology types, Singaporean organisations are more likely than their regional counterparts to spend on and undergo digital transformation,” the report stated. “Singapore companies have region-leading rates of investment in technologies, such as cloud, security and the Internet of Things.”

As reported by Channel Asia, the new CEO of McAfee recently outlined ambitions to enhance the vendor’s standing within the enterprise security market as part of growth plans in 2020.

Effective 3 February, Peter Leav will replace outgoing Chris Young who will remain in the business in an advisory role to assist with the transition before becoming a senior advisor at majority owner TPG Capital.

“McAfee is one of the largest, most important cyber security brands in the world, with a commitment to innovation and excellence,” Leav said.

“By maintaining the forward-thinking, customer-centric approach that has come to define McAfee, I am confident that we will continue to play a very meaningful role in protecting individuals, businesses and communities from the rapidly changing cyber threat landscape.”