How Cloudify.Asia is crafting a consumption model fit for Malaysia 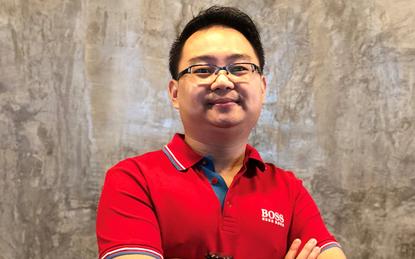 As the adoption of recurring revenue accelerates in Malaysia, driven by changing requirements at customer and government levels, the channel ecosystem is fighting to keep pace.

In a market transforming by the month, motivated by Industry 4.0 ambitions, technology providers are preparing for a shift in buying patterns as businesses embrace consumption models at speed and scale.

One such specialist is Cloudify.Asia, a “next-generation distributor” born in 2017 to serve a growing channel need in Malaysia.

“The key milestone we achieved in 2019 was the self-realisation that partners in Malaysia are mostly not ready to embrace consumption models despite the demands of the market,” acknowledged Gavin Loh, managing director of Cloudify.Asia. “With that in mind, we have decided to engage directly with end-users to gather feedback, responses and to better craft our existing products and supports.”

Based in Selangor, Cloudify.Asia operates as a “100 per cent channel company” helping system integrators, value-added resellers, independent software vendors (ISVs) and cloud providers adapt to the requirements of digital transformation.

Sitting at the heart of the ecosystem, the business educates end-users on how to consume cloud through the supply chain, while enabling partners to sell cloud tools, models and services, backed by deployment, training and support offerings.

“Cloudify.Asia takes pride in being a start-up company with strong backing,” said Loh, when speaking exclusively to Channel Asia. “Our value is around enabling IT to better align technology expenses with the needs and growth of the business.”

In 2020, Loh said key priorities centre around capturing recurring revenue market share in the areas of infrastructure-as-a-service (IaaS) and platform-as-a-service (PaaS), while developing a “clear roadmap” for differentiation.

“Customer experience for both pre- and post-engagement will also be a key measurement of success,” Loh added.

According to Loh, market uncertainty in Malaysia has caused customers to adopt lower risk and flexible business models.

“For example, a large conglomerate has decentralised its entire operation (including IT) while a manufacturing organisation has adopted as-a-service for a new automotive plant,” he explained. “The same applies with new hospitals which include entire buildings and solutions which are built by a single provider. Therefore, the adoption of IT now is now dictated by such providers and not the end-user.”

Over 21 per cent of Malaysia’s GDP (gross domestic product) is expected to be digitalised by 2022, with the digital economy central to government ambitions of becoming a high-income nation. According to IDC findings, digitalisation across the nation is also expected to drive an estimated US$82 billion in IT-related spending during the next three years.

“Customers are strengthening their existing base by providing more value and stickiness through application experiences,” Loh said. “We are seeing the adoption of containers, advanced web applications and most importantly security technologies.

“Dell Technologies as a group will have a strong year due to the synergy and marketing while VMware has made a number of good acquisitions and is merging its technologies.”