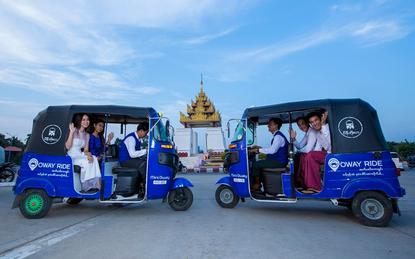 Virtusa has migrated Oway Group to Google Cloud during a six-week project designed to ensure the Myanmar-based travel and ride-hailing start-up remained flexible during Covid-19.

In response to the challenging impact of the pandemic on travel - and the need to immediately reduce expenses - Oway partnered with Virtusa to leverage Google Cloud’s Migrate for Compute Engine, migrating its entire infrastructure to Google Cloud Platform (GCP) in the process.

Starting in early April, the migration was completed in less than six weeks with the business now realising a 20 per cent reduction in total infrastructure costs.

Headquartered in Yangon, Oway launched in 2012 with the aim of enhancing Myanmar’s travel and transport ecosystem through digital solutions. Central to such efforts was the unveiling of Oway Ride in 2016, an app-based taxi service which provides GPS tech-based business and transport solutions to short-distance travelers across Yangon, Mandalay, Bagan, Pyin Oo Lwin and Mawlamyine regions.

“We realised very early on that the pandemic would severely impact the travel industry,” said Tun Tun Linn, CTO of Oway. “With the help of Virtusa and Google Cloud we were able to reduce core operational expenses immediately and without any additional disruption to our business.”

Backed by expanding reach across Asia Pacific, Virtusa recently achieved Infrastructure Partner Specialisation status as a partner of Google Cloud, in recognition of “proven expertise and success” in assisting customers when architecting and building Google Cloud infrastructure and workflows, alongside migration projects to GCP.

“This pandemic has forced many enterprises in many different industries to reimagine how they do business,” said Senthil Ravindran, executive vice president and global head of Cloud Transformation and Digital Innovation at Virtusa. “Oway migrating to Google Cloud delivered immediate increased flexibility in these uncertain times. The Virtusa team understood the importance of the challenge and completed the project quickly.”

Headquartered in Ho Chi Minh City, the platform houses over 10 million active products in its online catalog, recording annual triple-digit growth since launching in 2010. Such growth prompted an overhaul of infrastructure capabilities resulting in the migration of on-premises workloads to GCP within 24 days.