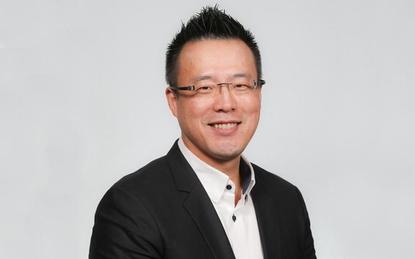 AvePoint has unveiled plans to go public via a merger with Apex Technology Acquisition Corporation in a deal which values the Microsoft specialist at approximately $2 billion.

Terms of the transaction - delivered via the publicly traded special purpose acquisition company (SPAC) in Apex - will see the combined entity named AvePoint and remain listed on NASDAQ under the new ticker symbol of ‘AVPT’. The business will be led by Tianyi Jiang - co-founder and CEO of AvePoint - while fellow co-founder Kai Gong will serve as executive chairman.

“The impact of Covid-19 and the growth of Microsoft’s cloud solutions, including Microsoft 365 and Microsoft Teams, have accelerated demand for our products,” Tianyi Jiang said. “And we were growing prior to Covid-19 as well. We have achieved eight quarters of impressive growth. We have positive free cash flow and are in line with the key ‘Rule of 40’ SaaS [software-as-a-service] industry growth metric.

“Going public now gives us the ability to meet this demand and scale up faster across product innovation, channel marketing, international markets, and customer success initiatives.”

AvePoint expects to generate approximately $148 million in total revenue for the year ending 31 December 2020, representing an increase of roughly 26 per cent compared to 2019.

Meanwhile, Apex is led by Jeff Epstein as former CFO of Oracle and Brad Koenig, previously head of Technology Investment Banking at Goldman Sachs. Combined experience includes more than 100 technology IPOs and mergers involving vendors such as Microsoft, Oracle and Twilio. Epstein will join AvePoint’s board of directors as a director with Koenig coming on-board in an “observer” capacity.

“We are thrilled to partner with AvePoint to help thousands of customers protect and manage their Microsoft cloud investments; Microsoft cloud is sweeping through the world’s enterprises,” Epstein added. “AvePoint is well-positioned to take advantage of this.

Within the space of almost 20 years, AvePoint has evolved to serve the largest SaaS user base within the Microsoft 365 ecosystem, housing more than seven million cloud users as of 30 September 2020. According to IDC, this represents an estimated addressable market of $33 billion by 2022.

Recently crowned as a triple award winner with Microsoft in Singapore - including Country Partner of the Year honours - the US-based business is widely credited as being an industry leader in digital collaboration technologies, evident through first-to-market launches specific to SharePoint and Microsoft Teams solutions.

According to IDC, Microsoft has increased share within the productivity and collaboration market to 28 per cent during 2020, with AvePoint boasting one of the largest Microsoft 365 development teams outside of Redmond.

“AvePoint has partnered with Microsoft closely for nearly two decades in helping organisations maximise their Microsoft investments,” said Gavriella Schuster, corporate vice president of One Commercial Partner at Microsoft. “AvePoint’s merger to become a public company demonstrates the power of Microsoft’s channel and the opportunity it provides our partners to flourish long-term.”

With such close ties to Redmond, Tianyi Jiang responded to the inevitable question when speaking with Yahoo Finance Live upon announcing plans to go public; why hasn't Microsoft bought you yet?

“That's a great question,” he acknowledged. “There's been a lot of paper written about the fact that Microsoft's way to grow is to defend their dominance in the enterprise space and build this wide and deep moat of partner solutions.

“We're quite unique. We're high growth and we're cash positive. Since the inception of the company to today, we’ve only have raised $60 million of primary capital to build this business. And we're fast growing, cash generative.”

Going forward, AvePoint is also embarking on an aggressive partner recruitment strategy centred around the addition of 41,000 new channel logos within the space of two years.

Such bold ambitions, outlined exclusively to Channel Asia in March, highlight an ISV on the charge for growth following 12 months of success across all operated markets globally.

“We want to add 41,000 new channel logos in the next two years,” said Tianyi Jiang, when speaking to Channel Asia earlier this year. “Our channel goal is ambitious and will require us to heavily invest our resources and energies into ensuring our partners’ success from product to support.

“For the Asia Pacific market specifically, we have traditionally done a higher ratio of services to product sales than in other markets.”

At the time, Tianyi Jiang said plans were in place to deepen product penetration in the region through direct sales and new partnerships, which will be driven from the ISV's Singapore office. The market push follows 40 per cent revenue growth at a 103 per cent dollar renewal/retention rate during 2019.

“We were particularly strong in Asia Pacific, but all of our regions hit their growth targets,” he added. “Our global partnership with Ingram Micro as the exclusive migration and back-up provider of the Modern Workplace Accelerate program was also an important milestone. It has opened up a new market and key growth avenue for us.”

From a financial standpoint, the transaction has been approved by the boards of both Apex and AvePoint and will finalise during the first quarter of 2021, subject to customary closing conditions.

Upon completion of the proposed transaction, existing AvePoint shareholders are expected to own approximately 72 per cent of the combined company, which is expected to have approximately $252 million of cash on the balance sheet assuming no redemptions by Apex’s public stockholders.

Sixth Street, the global investment firm which led a $200 million growth equity investment in AvePoint in 2019, will continue as a shareholder in the combined company.