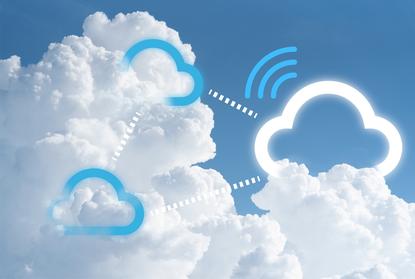 After the business world reacted to the emergence of the COVID-19 pandemic in 2020 by shifting key systems to more-flexible cloud infrastructure, many are now having to rethink all of their assumptions about IT spending on the fly.

This shift—which will persist well beyond the pandemic—has led to many organisations finding it difficult to effectively track their cloud expenditure, both in terms of the infrastructure-as-a-service (IaaS) they consume as more and more workloads move to the cloud and in terms of the number of employees using cloud-based software-as-a-service (SaaS) tools to do their jobs.

Here are some of the ways CIOs can stop cloud costs from spiralling out of control.

1 - Know what you need before you spend

The best way to avoid overspending on cloud resources is to know what you need ahead of time.

“Scalable cloud services, in theory, have made over-provisioning unnecessary, but old behaviours used in traditional data centres lead to [cloud] resources that are often under-utilised or completely idle, which result in unnecessary spend,” wrote Gartner analysts in a December 2020 research note.

This may not be music to the ears of anyone who has already made sizeable commitments in the scramble to react to the challenges of the pandemic, but it does highlight the importance of right-sizing your cloud environment where possible.

For smaller organisations, this responsibility falls on senior members of the IT team, who will be tasked with establishing budgetary guardrails, often linked to longer-term ROI requirements. “I believe smaller organisations have an advantage here as they have more clarity into their total user base and they are very centralised, which will help them right-size,” said Gartner analyst Jim Browning.

“These organisations don’t always have vendor management or procurement departments, so whoever is that architect needs to have cloud-management skills as they make that shift from capex [capital expenditure] to opex [operational expenditure]. If they don’t have good discipline, they will end up paying more than they need,” Browning said.

2 - Set up systems to track your cloud usage

You can’t manage spend if you can’t see what is driving it. So, visibility is critical. This is all easier said than done in today’s increasingly complex and decentralised enterprise environments. The Flexera 2021 State of Tech Spend report found 57 per cent of respondents faced significant challenges in getting the right data needed to optimise their spending, while a further 22 per cent recognised this as somewhat of a challenge.

“It’s a lot simpler to say than do in the new decentralised model,” said Apptio’s Khvostov. “The most successful organisations tend to be decentralised for infrastructure and SaaS because you want people to make their own decisions, while also ensuring they are in line with company governance.”

Where IT spending is decentralised, it is important that developer teams prioritise the tagging of their instances and resources so that management can effectively track spending, establish guardrails, and build a sense of financial accountability.

There are tools that can help provide greater visibility over cloud spending and start to cut back on idle infrastructure, unnecessary SaaS seats, and any other over-provisioning that may have taken place in the chaos of spring 2020.

The major cloud providers all provide their own tools for monitoring and optimising your cloud usage, such as AWS CloudWatch and Microsoft Azure Monitor. If you want to go open source, the popular Apache CloudStack and OpenStack platforms come with their own cost-management tools. Proprietary vendors in this space include CloudChekr, Apptio, and Zylo, which specialises in SaaS usage.

3 - Get a full picture of your cloud spend

Reporting on IT spend was the most cited challenge in the Flexera 2021 State of Tech Spend report.

“It can be a daunting task to understand how everything maps together and aggregate spend across all the assets and resources as demand and usage fluctuate,” the report notes. “To get the full picture of where IT spend is going, organisations need timely and accurate data about the IT assets they have, along with cost data associated with them.”

Only by closely and constantly monitoring utilisation can you start to take advantage of any reserved capacity or spot instance options from vendors, right-size cloud resources to workload characteristics, and autoscale or decommission inactive resources to bring down costs.

Another approach is to implement showback and chargeback policies on teams to incentivise financial responsibility among developers who have their own budgets.

A large part of understanding how much capacity you need involves benchmarking cloud costs with a specific level of flex for peaks and troughs as the year goes on. “There needs to be a baseline economics,” said Venu Lambu, president for global markets at the IT outsourcer Mindtree. “Plan capacity and manage your budgets accordingly. I believe any size of organisation needs to have that baseline for consumption and then manage peaks as they arrive.”

The methods to manage cloud utilisation based on the established baseline and peaks vary from company to company, but typically involve automated processes to claw back unused cloud capacity, more effectively share resources across the organisation, and alert operations teams to unforeseen drift from the baseline consumption model.

Regardless of the method, “the process is just as important, if not more, than the tool set. You have to get people into the right mindset,” Apptio’s Khvostov said. “Get into that constant and consistent motion. You can’t just sit down once a year like you used to with data centres and on-premises software.”

4 - Cut out manual processes in your cloud management

“Automated processes to manage deployment and economic strategies will become an absolute necessity,” Lambu said. “The pricing of cloud is so complex, so you have cloud in different variants and it is impossible to manage that effectively without the right tools.”

The majority (68 per cent) of respondents to the Flexera report said negotiating the best price or discount with vendors was one of their leading cost-optimisation challenges.

“Once you have signed a contract, you have lost your leverage,” said Gartner analyst Browning. “Most organisations that try to do this on their own are not very successful,” so he recommends bringing in a consultant for the negotiations, as well as for any later renegotiations.

Arming yourself with data on your consumption patterns can help you land more equitable consumption-based pricing, but you may have to make a longer-term commitment as a result of any negotiation. But for organisations that saw the benefits of cloud services during the pandemic, there will be no going back from this operating model, so a longer-term commitment shouldn’t be all that scary.

Negotiating limits to price increases into contracts is a useful protection, as is ensuring flexibility by including rights to reduce volumes without price increases annually as usage changes.

Those who negotiate do see results. For example, in May 2020, spending on longer term “committed use” discount programs such as reserved instances and AWS Savings Plans increased more than 180 per cent, according to research by cloud-management software vendor CloudHealth. This later accounted for an 8.7 per cent decrease in cloud spending in June, as these discounts started to kick in.

Taking the long-term view is important. It’s not unusual to experience an initial shock when the cloud bills start coming in, but you must remember this is a journey with significant gains to be had later on. “Just because you shifted today doesn’t mean you will save dollars today,” said Mindtree’s Lambu.

6 - Reduce the overspend in your SaaS

SaaS contracts tend to trip people up, because most providers—such as Salesforce, Slack, Microsoft, and Tableau—price their software in multiyear enterprise deals for a set and inflexible number of seats or users. As a result, buyers get something like the gym membership they use less than they anticipated, and providers effectively get paid more per unit of usage.

For example, in the 2019 Gartner SaaS Migration Survey, 29 per cent of midsize enterprise respondents reported that between 25 per cent and 49 per cent of the subscriptions with their top three SaaS vendors were currently idle.

It’s not just that usage is often less than planned; organisations often overbuy capabilities, too. The popular Microsoft 365 is the classic example here, with the premium E5 enterprise version of the cloud productivity suite often foisted onto organisations by their sales rep or reseller when they could get everything they need from a lower-tier product.

As teams quickly shifted to remote work last year, many grabbed a top-tier Microsoft 365, Zoom, or Slack license off the shelf with their corporate credit card, even if they weren’t using all the enterprise features that drive up the cost.

Central oversight might not make you popular, but without it this sort of SaaS sprawl can lead to quickly spiralling wasted software spend. According to the latest Business at Work report by identity software vendor Okta, the average enterprise has 88 apps, rising to 175 for larger organisations.

This was certainly the case for the media giant ViacomCBS, which was able cut Zoom expenditure by 32 per cent this year by finding and removing unused licences through Zylo.

“There was no management of licenses, there was no re-harvesting rules within the Zoom console, and [there was] haphazard deployment, meaning people were just willy-nilly giving out the top tier of licenses,” James Moy, global senior director for technology asset management at ViacomCBS, told Computerworld.

“Industries that had to cut costs took advantage of free versions of software for six to nine months [but] now they have to figure out how to pay for this,” said Gartner’s Browning. “That means many are not well disciplined in getting the right-size deal for their scale. Larger enterprises buy a little extra shelf space and that doesn’t really hurt them, but it is a big deal for midsize organisations.”

But as the ViacomCBS example shows, large companies too can waste significant money by being lax.