What’s next for AWS partners in ASEAN as CEO Andy Jassy takes up Amazon reins? 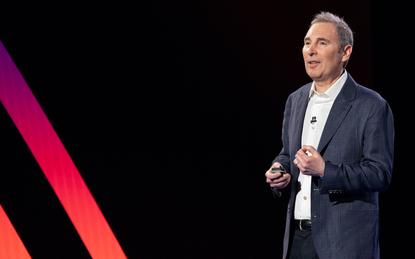 As Amazon Web Services (AWS) CEO Andy Jassy prepares to take the reins from Amazon founder and CEO Jeff Bezos, partners in Southeast Asia are considering what it will be like dealing with the world’s largest cloud provider under its next leader.

Amazon’s impending leadership transition looks set to bring forth perhaps the most meaningful crossroads for the company since its founding, but how things will shake down for partners of its cloud services subsidiary remains to be seen.

Jassy has been at the helm of AWS from the very beginning, building it up to become the undisputed leader in the cloud infrastructure market. And it’s been in the lead for a long, long time. What’s more, it remains so far ahead of its closest two competitors, Microsoft Azure and Google Cloud, that it’s likely to remain the top provider for a while.

As yet, no replacement for Jassy has been publicly named. But it is clear that whoever comes in to lead AWS once Jassy takes on Bezos’ job in the third quarter of 2021 will have some big boots to fill and an incredible history of growth and innovation to live up to.

A number of local partners suspect that whoever takes on the CEO role at AWS next will come from within the cloud vendor’s upper executive ranks, but that doesn’t mean that some fresh blood wouldn’t go astray.

For Andy Waroma, CEO of Singapore-based cloud consultancy Cloud Comrade, it’s a promising sign of things to come that Jassy is remaining within the Amazon group, as it means he’ll have continued oversight of the company’s cloud business – an essential element in a smooth leadership transition and the continuity of its channel partner approach.

“I would be more concerned if [Jassy] was leaving the organisation, but he’s getting one level up, and [AWS] is his baby,” Waroma told Channel Asia. “Jassy being the CEO of Amazon doesn’t mean he’s going to take his eyes off the ball when it comes to AWS.

“Whoever comes in next has their own time and right to change AWS, but for now, Jassy will make sure his baby remains alive and well,” he added.

Given AWS’ trajectory over the past 15 years or so, it wouldn’t necessarily be a bad thing for the company to have someone else coming up from within its own ranks, according to Waroma. An internal candidate would know the existing business inside and out but might also be able to bring in fresh thinking and new ideas.

And as for the potential internal candidates who might be up for the job? Waroma notes that Teresa Carlson, AWS worldwide public sector and industries vice president, who has been with the company for more than a decade after nearly ten years at Microsoft, could make a compelling CEO for the business.

Regardless of who takes on the leadership role, Waroma hopes to see a few changes within the company, including a greater appetite for growth through mergers and acquisitions, along with a fresh focus on things like productivity solutions and enterprise applications – if only to give Microsoft and Google a run for their money on this front.

“They [AWS] have made some acquisitions, but nothing major from a market point of view,” Waroma said. “Hopefully in the future AWS will be more open to acquiring larger companies. I’d like to see more of that.

"I’d also like to see more build out of the user productivity suite like what Google has done. This is one area where to have a third serious contender in the space, in terms of business productivity, would be good.

“I’d also like to see more industry-specific solutions like those rolled out by Google and Microsoft in areas such as oil and gas or financial services,” he added.

Waroma suggested that when it comes to building out enterprise applications, it’s not unthinkable that AWS might be able to roll out its own natively built customer relationship management (CRM), finance software suites or something similar.

“Let’s look at Amazon.com as a company. They started selling books and CDs online, now they’re selling everything. Why not the same in the IT space?,” he said. "The past 15 years, AWS has focused on infrastructure. What does the next 15 years look like?

“That’s probably when infrastructure starts hitting its limits. AWS can begin solving other problems. It could potentially grow into applications and SaaS [software-as-a-service] play and give partners like us the opportunity to get into new types of business,” he said.

Cloud Kinetics and InfoFabrica group CEO Haji Munshi, meanwhile, suggested that although Jassy might be missed as the figurehead of AWS, there is some excitement to see what new leadership will bring.

“Andy is a phenomenal leader and we are excited about the new opportunities that this strategic move will bring for the broader Amazon business,” Munshi said. “We will certainly miss Andy’s direct impact in the cloud industry going forward, but as Amazon has done with Andy’s appointment, I am certain the succession planning for AWS CEO will also be flawless.”

Munshi pointed out that Jassy deserves much the credit for AWS’ growth into the powerhouse it is today. Most importantly, Jassy has been a champion for the partner ecosystem.

“He has done this by truly embodying Amazon’s leadership principles of customer obsession, thinking big, insist on the highest standards, bias for action, hire and develop the best and many more,” he said.

Going forward, according to Munshi, AWS’ ability to continue to grow at the clipping pace it has set for the past several years pace will depend on capable partners that are able to expand AWS market reach and offer not only technical capabilities but also compelling commercial offerings for enterprise clients.

“We are really keen to partner with AWS’ new leader in the journey ahead, the future is bright,” he said.

For BlazeClan Technologies founder and CEO Varoon Rajani, having Jassy helming Amazon will be good for the partner ecosystem, despite his move away from the direct leadership of the cloud business.

“Jassy becoming the CEO of Amazon is good for AWS as the focus of the group CEO will be on the fastest and most profitable business, which in general is good for the partner ecosystem. AWS continues to grow at a rapid pace and the opportunities for partners continue to increase,” Rajani said.

At the same time, though, whoever takes on Jassy’s role will have some work to do in how the company engages with partners when it comes to commercial opportunities, among other things.

Certainly, if the company’s previous channel evolution is anything go by, there will be plenty of change to come. After all, no good partner program can remain static for long and still be competitive.

“Historically, AWS' partner program has been evolving over the years and has a lot of work to be done when it comes to partner engagement and involvement in opportunities compared to the other vendors,” Rajani said. “The partner strategy for AWS will only be clear once the new chief is announced.

“We expect that there will be a renewed focus on born in the cloud consulting partners of AWS who have historically been key to the rapid adoption among many of the customers, and I hope AWS will support partners like us in our next stage of growth,” he added.