Which Asian countries are leading the 5G race?

The differentiating factors between the leaders and laggards appears to be a combination of spectrum availability and government policy. 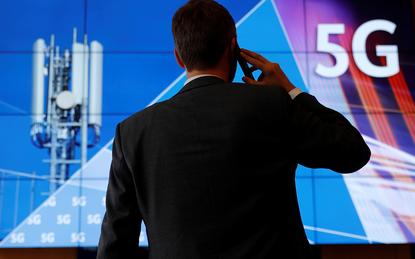 When it comes to rolling out national 5G networks, some countries across Asia are faring better than others, with Singapore among the leaders and Vietnam among the laggards.

Across Asia, the research group found that nine markets have concluded 5G spectrum auctions and carried out commercial 5G launches, while some markets, as of March 2021, had crossed the 50 per cent mark in terms of 5G coverage.

Perhaps unsurprisingly, among the countries in the Asian region that have launched a 5G network, the researchers found that government financial support was crucial in helping to support network expansion and facilitating trials for industrial applications.

According to the researchers, regulators in Japan, Taiwan, Australia and South Korea have encouraged companies to improve network speeds, coverage and an increase in use cases for the enterprise sector.

It should come as little surprise, then, that some of these countries are among the top-ranked countries in The Economist Intelligence Unit’s tally of 5G leaders across the region, with South Korea, China, Taiwan, Japan and Singapore comprising the top five, respectively.

The rankings took into consideration a number of factors, including business environment, spectrum availability, network coverage and speed, progress on 5G trials and the robustness of 5G policy.

At the other end of the spectrum, India, Indonesia, Vietnam, the Philippines, Malaysia, Sri Lanka and Pakistan lag behind their regional peers, having not yet implemented a 5G policy.

In some of these countries, operators remain focused on improving 4G connectivity, such that any progress on 5G is only likely from 2022 onwards, the researchers noted.

Broadly, the differentiating factors between the leaders and laggards appears to be a combination of spectrum availability and government policy, with the latter playing a major role in the shape of a country’s 5G landscape.

For example, regulators in Australia and Hong Kong have been particularly helpful in setting low base prices for appropriate radio spectrum. However, high spectrum costs have been a cause for concern for companies in India, where regulators and operators continue to spar over the base price.

The researchers expect operators in the country to explore fundraising initiatives to help fund future spectrum auctions. In terms of government policy, The Economist Intelligence Unit identified three key policies that have worked to progress 5G infrastructure in Asian countries.

These are a comprehensive government policy towards 5G that covers all parts of the network ecosystem; coverage targets, such as those set in South Korea, and tariff caps; and the enforcement of a detailed industrial 5G policy, such as the one currently in place in Singapore.

In the Singapore example, the regulator has identified six industrial clusters that stand to benefit the most from 5G launch: maritime operations, smart estates, Industry 4.0, government applications, consumer applications and urban mobility.

This kind of approach is particularly useful given that the enterprise sector, most notably smart manufacturing, smart cities and edge computing, tends to offer the biggest growth opportunities for 5G.

The Economist Intelligence Unit suggested that in the remaining seven Asian countries that have not yet released 5G spectrum, national governments will need to focus on vacating the necessary radio spectrum bands currently occupied by other media or defence services.