What is the colour of cloud money? 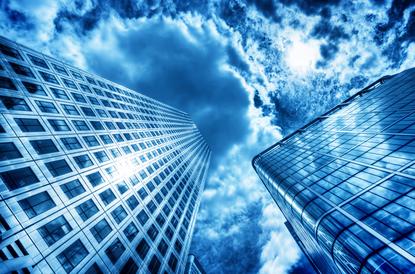 What colour is your cloud money? A weird question for a customer, perhaps, but it’s an important question. Because along with changing how we leverage applications, the cloud has also changed the type of money it takes for us to operate those applications.

To understand this, a brief discussion about corporate finances is in order. There are three distinct types of money that most companies use for various expenditures.

A capital expenditure is the purchase of a physical asset that is expected to be used over a period of at least one year.

For a manufacturing company, the physical asset might be manufacturing equipment or mouldings. For other companies, it could be computer equipment and networking hardware. It could be the purchase of vehicles, buildings, or property.

The primary characteristics of a capital expenditure are:

Rather, a capital expenditure spreads the impact of the purchase over many months, or even years. This process is called depreciating an asset, or simply depreciation.

The process of depreciation is so common that accounting best practices are associated with it, and countries have legal requirements regarding how depreciation is performed and how it is calculated for tax purposes.

Companies often have to borrow money to pay for capital expenses. Given the long usage period of the purchase, borrowing money for the purchase may not be difficult, especially if the item purchased can be used as collateral for the loan, as in the case of real estate.

A great example of a fixed expense is advertising. It has value for a specific, relatively short period of time. After that time has passed, the purchase has no additional value. Money is spent for the period of time that the ad runs.

Other examples of expenses are services you purchase, including office cleaning services. Utilities such as electricity and garbage collection are also expenses. In software, SaaS service fees are usually considered an expense.

Fixed expenses are typically independent of sales. The amount you spend on fixed expenses generally does not change in a given month based on the sales made or planned for that month.

While a fixed expense can drive sales (such as, for example, spending money on a targeted advertising campaign), sales don’t directly drive fixed expenses. You don’t purchase something as a fixed expense because you made a sale; instead, you typically pay the fixed expense to accomplish something (such as post an advertisement) that will hopefully drive a sale later.

Of course, a company can “cut costs” in lean times or spend extra during high-growth periods, but there is no direct correlation between sales revenue and fixed expenses.

Fixed expenses are typically easier to plan for and budget for, because they tend to be composed of smaller individual items. You can easily plan for an advertising campaign, or you can plan for the use of a SaaS service, or the use of water or electricity.

While fixed expenses are easier to plan for, sometimes they are hard to get funding to cover. This is because the money is used for transitory purposes. If you borrow money to pay for a fixed expense, that money is spent and consumed, usually long before the money has been paid back. There is nothing that you gain from the purchase that can be used to secure a loan for the purchase.

The last type of expenditure is a cost of goods sold (COGS) expenditure. A COGS expense can be directly tied to the purchase of a product or service.

COGS go up as sales go up, and they go down as sales go down. If your company builds a product, the cost of the materials and the labor to assemble the product are all COGS.

Consider a company that sells widgets. In order to sell a widget, they have to make a widget. The costs associated with buying the parts that make up the widgets, paying for the labour to assemble the widget from the parts, and packaging and shipping the widget, are all expenses that are considered COGS. They are the costs of satisfying a particular, individual sale of a particular product.

The amount you spend on COGS is typically in direct proportion to the amount of revenue you bring in.

Given this close tie to revenue, COGS are tracked differently. The absolute amount of COGS money you spend each month typically isn’t as important as fixed expenses or capital expenditures. In fact, spending more on COGS in a given month is usually a good thing, because it is typically an indicator that you are bringing in more revenue.

COGS are easier to plan for, easier to budget, and easier to consume than any other type of expenditure, because they are driven directly by revenue.

It’s relatively easy for a company strapped for cash to get money to pay for COGS as well. Because COGS expenditures are closely tied to revenue, it’s easy to see a path to paying off a loan for COGS by the increased revenue that goes with the COGS purchase. The loan can actually be a secured loan, secured by a purchase order from a customer for a future purchase.

When a company decides to build out an on-premises data centre, it is spending lots of money on capital expenditures to purchase the equipment that goes into that data centre. It is also paying a lot of money on fixed expenses to cover the costs to build the data centre and pay the utilities to operate it.

Capital expenditure and fixed expenses are two types of money that are typically harder to come by, because they are not tied directly to revenue -- you typically build a data centre first, before revenue comes in. This is because you need to be ready to handle the extra traffic to your application before sales revenue comes in. Building a data centre -- on-site or even in a co-location centre -- requires significant upfront capital and fixed expenditures.

Much of the costs of building a cloud data centre are variable costs that can be considered a COGS expense.

So from an economic standpoint, when you move an application to the cloud, you are typically transferring the cost of operating that application from using capital expenditures to using COGS expenditures. Because the amount of money you spend in the cloud is tied more closely to the amount of revenue coming into the company, it is often much easier to justify the expenditure.

The colour of money you spend is very important to your cloud experience.