What is DDR5? The PC's next-gen memory, explained

Everything you need to know about the PC's next RAM standard. 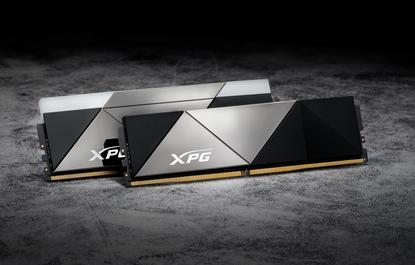 Major changes to the PC’s RAM subsystem typically occur once in blue moon, but mere years after DDR4’s delayed rollout, that time is upon us yet again.

With the imminent release of DDR5 support in Intel’s Alder Lake CPUs next month (and potentially AMD’s Zen 4 chips next year), we’ll soon be entering a junction where you’ll need to decide what memory is right for you—DDR4 or DDR5.

How fast is DDR5? What will I need to run what? What even is DDR5? By the end of this guide, you’ll know everything you need to make the right decision for you.

DDR5 is the next evolution of PC main memory. This version is primarily focused on increasing the density and bandwidth of RAM while lowering its power consumption.

How much DDR5 RAM can I put in my PC?

With today’s DDR4 technology, the largest consumer modules top out at 32GB. DDR5 can quadruple that capacity. A typical mainstream PC with four DDR4 DIMM slots will max out at 128GB. A cutting-edge system built around four DDR5 DIMM slots can reach 512GB. And even higher-end systems with eight DDR5 DIMM slots should be able to reach a ludicrous 1TB of RAM.

No, most consumers and gamers don’t really need more than 16GB to 32GB of memory today. All PCs are personal though—hence the name—and for every 29 people who don’t need more than 16GB of RAM, there’s probably one person who does, and would be glad to have 512GB for some esoteric scientific, research, or extreme imaging reasons.

How much more memory bandwidth will DDR5 give me?

RAM manufacturer Micron said it’s seeing a 36 percent increase in bandwidth with a DDR5 module vs. a DDR4 module at the same data transfer rate of 3200 MT/s. A DDR5/4800 module Micron tested would offer an 87 percent increase in performance against a similar DDR4/3200 module.

It’s true, you can buy DDR4/5333 memory modules today, but those are all technically beyond the official limits for the memory, which is DDR4/3200. Module makers typically reach those higher data rates by overclocking the RAM, which also technically requires voiding the warranty of AMD and Intel CPUs. Neither company really cares if you do so but it is technically outside the limits of DDR4.

DDR5, on the other hand, has seen DDR5/4800 modules from day one, with DDR4/6400 modules around the corner. Adata has said it may see overclocked modules reaching DDR5/12800, too. And all this speed talk doesn’t factor in Micron’s testing, which shows that at the same data rate, DDR5 offers 37 percent more bandwidth than DDR4.

So yes, early DDR5 adopters will need to cough up some pretty pennies. Remember that it’s always been like with new memory transitions though. Shiny new things almost always cost more at first.

Will DDR5 be hotter?

With the greater bandwidth and higher capacity, DDR5 will also add heat to the mix—but it’s not necessarily due to the chips themselves running hotter. With DDR5, voltage regulation for the RAM will move directly into the module itself. With DDR4, the voltage for the RAM is located on the motherboard.

In theory, this should reduce the complexity of the motherboard and give the individual module maker more control over as well as the ability to optimise power delivery for each module.

The cost is additional heat created on the module itself, and that needs to be dissipated. Module maker Corsair, for example, is already touting its existing cooling design as an advantage for DDR5.

Do all DDR5 modules have ECC?

DDR5 does indeed include ECC (or error correction control) that can detect multi-bit errors and correct single-bit errors. It is, however, not what you’re expecting if your workload already requires the technology.

With traditional ECC, error detection and control is performed at all levels, including the data that is transferred to the CPU. With DDR5, ECC is integrated into each actual RAM chip but once it leaves the chip and begins its journey along that long narrow wire to the CPU, there is no ECC performed, meaning errors induced along the way aren’t its problem.

So why do this at all? It’s mostly being done because you can’t really quadruple the density of the chip without additional safety layers. Today, you’ll mostly only find ECC used in servers and workstations, because it’s done for mission critical reasons. The on-die ECC in DDR5 is just something had to be done to make the high speed and high density a possibility.

The upshot is consumers will likely still not have “full” ECC RAM support (though whether that’s needed is up for debate), while commercial CPUs and RAM will still offer full ECC support.

Can I run DDR5 on my current system?

No. To run DDR5, you’ll need a new CPU, a new motherboard, and new RAM.

What CPUs will support DDR5?

Intel’s 12th-gen “Alder Lake S” CPUs will be the first out the door with support for DDR5 this fall, with AMD expected to support DDR5 with its Zen 4 CPUs in 2022.

Can I use a 12th-gen Alder Lake S CPU with older DDR4 RAM?

Intel’s 12th-gen Alder Lake S chips actually support both DDR4 and DDR5 (along with low-power versions). Intel is likely to launch Alder Lake with DDR5 motherboards, but knowing that new technology brings higher prices and low availability, motherboards that also support 12th-gen Alder Lake and current DDR4 memory will be common for at least the first year or two.

This is a very tricky question, but in general, paying the high price of new technology because it’s “future proof” rarely pays dividends. In October of 2021, DDR5 is likely to be very expensive compared to DDR4, so it’s typically better to wait for prices to equalise before jumping in—but much of this depends on what you value.

It also depends on how you see your investment in RAM too. Paying a premium for DDR5 in 2021 or early 2022 means you can use that RAM when building a new system in 2026 (where you’d have to toss the DDR4). But typically it’s better just to upgrade to a new memory standard a few years after it drops, when the RAM will be larger, faster and cheaper.

Will next-gen CPUs be faster with DDR4 or DDR5?

We really have no answer to this right now. We can say that during previous memory transitions, the price premium was rarely worth it to those looking for practical impacts. That was typically due to the newer RAM typically starting very conservatively with speed and timings, with the older RAM benefiting from years of being pushed as fast as it could go.

DDR5 somewhat changes that, as it looks to offer superior bandwidth out the gate even compared to the fastest DDR4 modules. Even so, greater memory bandwidth doesn’t always pay the dividends people expect outside of integrated graphics performance.

Basically, we’ll have to wait and see.

Selling to the CIO