IBM and Acclivis partner up for regional Cloud Satellite rollout

It is expected that Acclivis will be able to use Cloud Satellite to extend services such as IBM Watson to its clients’ data centres, bringing analytics closer to where the data resides. 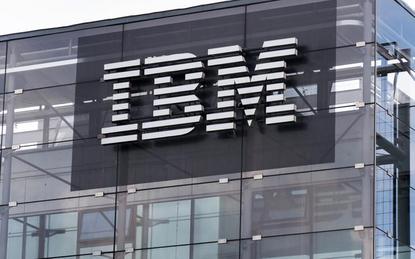 IBM is tapping the regional data centre coverage of IT services provider Acclivis in Singapore, Malaysia, Indonesia, Thailand and Hong Kong to host and manage data as part of an Asia-wide rollout of its IBM Cloud Satellite offering.

Big Blue made its Cloud Satellite platform generally available to global partners in March, signing agreements with 65 global systems integrators (GSIs) and alliance partners aimed at giving customers the ability to have applications managed as-a-service across on-premises, public clouds and at the edge.

The IBM Cloud Satellite platform lets users employ a single API to create an IBM Cloud Satellite location and then add host machines from any cloud, from their own on-premises data centres, or from the edge. Essentially, it allows organisations consume IBM Cloud services wherever they need them.

“As a technology partner to enterprises and government agencies, many in highly regulated industries, Acclivis has a broad regional data centre footprint which we can tap on to accelerate customer deployment,” he added.

Acclivis, an IBM partner, will be able to use Cloud Satellite to extend services such as IBM Watson to its clients’ data centres, bringing analytics closer to where the data resides.

It is hoped the partnership will combine IBM's strength in delivering open hybrid cloud capabilities for enterprise with Acclivis' network of data centres and internet connectivity across the region.

“"Being a long-time collaborator with IBM and a company that has broad regional reach in Southeast Asia and Hong Kong, this partnership allows us to tap IBM Cloud Satellite to strengthen our portfolio of services in the cloud and data centre hosting segment,” said Marcus Cheng, Acclivis CEO.

“Coupled with seamless connectivity powered by our subsidiary, Pacific Internet, and our automated managed services platform that digitises and streamlines workflows, enterprise customers experience reduced latency and superior customer experience when they build and manage their cloud with us,” he added.

In May IBM revealed a raft of new competencies, skills training and benefits designed to help its partners succeed in an increasingly competitive market.

Announced as part of this year’s IBM Think conference, the company said it had created a new competency framework to enable partners to demonstrate expertise, technical validation and sales success in specialised areas such as hybrid cloud infrastructure, automation and security.

This was all part of a US$1 billion investment by IBM to support its partner ecosystem, with the stated aim of helping partners and their customers capture the estimated US$1 trillion hybrid cloud market opportunity, the company said at the time.