PLDT to build hyperscaler data centre in the Philippines 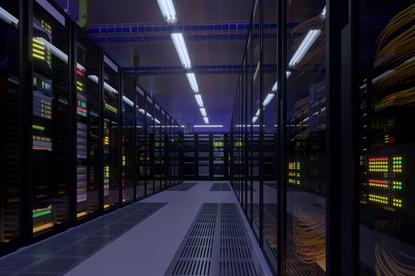 PLDT has unveiled plans to build the “biggest data centre” in the Philippines, servicing global hyperscalers as the country embraces the potential of cloud.

With the aim of supporting the “growing needs” of technology giants -- namely Amazon Web Services (AWS), Microsoft and Google Cloud -- and cloud service providers expanding in the region, the “telco neutral” facility will be tier-3 certified and tier-4 ready once operations start, despite no specific launch date at this stage.

Built in partnership with ePLDT -- the digital technology division of PLDT -- the data centre will aim to service the “massive power and IT requirements” of hyperscalers while incorporating sustainability into design and operations.

“We are very optimistic and bullish about the hyperscaler demand in the enterprise sector,” said Nico Alcoseba, vice president and head of ICT at PLDT.

“This hyperscaler data centre is a first of its kind. It will have more power capacity in one facility versus all our 10 Vitro data centres combined. It will also be designed to be global class in energy efficiency and reliability, and will make use of the latest in green technology.”

Operated by ePLDT, the group currently owns a network of 10 globally certified Vitro data centre facilities located across the country, with a total capacity of 72MW and over 9000 racks.

Such facilities are linked to the technology provider’s participation in 14 international submarine cable systems and one terrestrial system carrying data traffic going in and out of the Philippines, with three more new submarine cables in construction -- namely Jupiter Cable, Apricot Cable and Asia Direct Cable.

According to Bloomberg however, PLDT is considering selling its Vitro data centre business for approximately $500 million.

“We at PLDT are continuously enhancing our existing data centres in three main ways,” Alcoseba added. “First, we are adding more power capacity per rack to support the dense and high powered equipment of hyperscalers.

“Second, we're further enhancing the reliability and energy efficiency of our data centre facilities. And last, we're also looking for ways to deliver renewable energy to support the carbon neutrality commitments of these companies.”

Powering up to capitalise on cloud

The announcement comes weeks after PLDT and electric distribution giant Meralco Group strengthened collaboration plans to maximise the potential of cloud with the Philippines now on the radar of global hyperscalers.

As outlined by Jovy Hernandez -- president and CEO of ePLDT -- such hyper-collaboration is “vital” in meeting the “elevated standards” of hyperscalers amid a flurry of new region launches across Southeast Asia.

“PLDT continues to work with Meralco for the power grid design and renewable energy requirements of our data centres,” Hernandez said. “These enhancements allow us to anticipate the specifications fit for hyperscaler, such as multiple grid terminations for redundancy and sustainable design.”

According to Hernandez, ePLDT has set out a “clear roadmap” for its Vitro data centres which includes enhancing design and facilities, diversifying network infrastructure and bringing sustainability at the core of all operations. This is in addition to joining forces with the energy sector to help drive renewable energy adoption nationwide.

“We continue to incorporate green innovations and practices into our ways of doing and partner with relevant organisations to harness renewable energy that will soon power our data centre facilities and ultimately, the hyperscaler market,” he added.

Hernandez also acknowledged the provider’s “obligation” to ensure the Philippines’ competitiveness when helping to attract the right investments to the country.

“PLDT group is making an unbreakable commitment to continue investing in the most advanced technologies to enhance our digital infrastructure and comply with the evolving demands of the market,” he noted.

As reported by Channel Asia, the time is now ripe for Philippine-based vendors and partners to team up with hyperscalers as the country’s cloud market races towards a major surge in spending.

Enterprise spending on cloud services in the Philippines is expected grow from US$1.8 billion in 2020 to US$2.6 billion in 2024, according to industry analysis firm GlobalData.

Data by the firm suggests that the cloud boom goes well beyond the enterprise segment, with cloud-based service usage soaring in the consumer segment and streaming mobile video users, which are set to grow from 53 million in 2020 to 80 million in 2024.

Moreover, mobile social media users will grow from 75 million to 80 million over the same period. This is in addition to broad industry trends both driving and supporting cloud usage in the country, including digital transformation and growing international connectivity.

International connectivity can be an important factor in building a local cloud-hub, given that it can offer redundant connectivity options to global data centres to ensure resilience of operations. And providers in the Philippines have been making good progress on this front.

“Operators across the country have built more than a dozen carrier neutral data centres and increasing international carriage capacity to and from the nation by developing undersea cable projects with global partners,” said Malcolm Rogers, technology senior analyst at GlobalData.

For Rogers, the Philippines in the future may prove to be a valuable cloud region as the country’s growing digital economy is driving increased cloud usage.

“For example, the Philippines is one of the fastest IT business process outsourcing (IT-BPO) markets in the region with BPO companies using cloud-based services to support their operations,” he said.

Against this backdrop, it should come as little surprise that the world’s leading hyperscales -- specifically AWS, Microsoft and Google Cloud -- are actively working to drive adoption of their services within the market through local partners.

Indeed, each hyperscaler is building partner ecosystems within the Philippines and targeting specific verticals such as technology, telecoms and financial services for their infrastructure-as-a-service (IaaS), platform-as-a-service (PaaS) and software-as-a-service (SaaS) offerings, according to GlobalData.

Moreover, the big hyperscalers are also expanding their partnerships to include colocation providers in a bid to push their edge services, such as AWS Outposts and Azure Edge Zones. From GlobalData’s perspective, this approach gives the likes of AWS, Microsoft and Google Cloud the chance to assess demand in the country before investing in building a local cloud region.

Beyond the traditional data centre segment of the market, Philippine-based providers have an opportunity to build relationships with hyperscalers around multi-access edge compute (MEC), GlobalData noted.

According to the analyst firm, the Philippines is one of the earlier countries in the region to launch commercial 5G services with coverage expanding fast across the country.

“Even though none of the major cloud providers have announced plans to build out public cloud regions within the Philippines, the market has plenty of activity in the hyperscale space and as technologies like 5G edge computing evolve and mature there is plenty of opportunity for telecoms and data centre players to grow partnerships with the leading hyperscalers,” Rogers said.

Seven truths about MDR every partner needs to know