Having finally left the nest that was IBM, Kyndryl is looking to get into markets it never could while under the auspices of Big Blue. 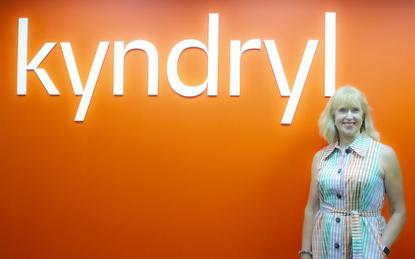 Kyndryl, the business entity formerly known as IBM’s Managed Infrastructure Services unit, was officially spun off from the mothership in early November after more than a year of planning.

Now, the company is looking to use its newfound freedom to expand its horizons, both in terms of the vendors it partners with and which clients it works with.

Already, Kyndryl has made the first of what will likely be many key strategic cloud partnerships, thanks to a new pact with Microsoft.

Under the agreement, the companies will develop new products built on Microsoft Cloud and aimed at facilitating digital transformation. Microsoft has also become Kyndryl’s only Premier Global Alliance Partner.

Indeed, partnerships and alliances that were once taboo – lest they saw IBM collaborate with traditional competitors – and new customers in whole segments of the market that were largely out of bounds previously are now fair game for the publicly traded company.

And this newfound freedom is set to see the company adapt its approach from region to region.

“We are not in IBM’s ecosystem, which we were before, and our ability to partner is greater,” said Susan Follis, Kyndryl's managing director in ASEAN and go-to-market growth unit executive for Asia Pacific, the Middle East and Africa countries. “You’ll see a big difference in our partnerships.

“We can target our investments locally to expand within ASEAN to address individual clients’ requirements,” she added.

While Kyndyl is working to build out its partner ecosystem on the vendor side, it’s also expanding the areas of the market it wants to focus on. IBM has long courted the very largest enterprises and government organisations, making that end of the market its core focus.

Now that Kyndryl is out of IBM’s shadow, it has the freedom to pursue customers in other parts of the market – and in a region like Southeast Asia, there are plenty of opportunities across the market spectrum.

“We’re investing our ability to grow in this much-expanding market,” Follis told Channel Asia. “We’ve got new clients to reach out to. We need to scale and address clients we wouldn’t have before. We used to only have very large clients. But now, for ASEAN, we can scale down and really address that market.”

As a result, according to Follis, it is expected that Kyndryl will gain a greater share in many different markets across the region, as well as in markets that weren’t addressable before because it couldn’t partner with other providers as freely as it can now due to the aforementioned competition issues.

With this in mind, Follis hopes to see Kyndryl join forces with partners that have multiple offerings, with the company looking to gain certifications for all the big cloud providers’ offerings.

This approach, Follis reckons, will mean the company can scale to meet the requirements of customers in the region, many of which might have a favourite cloud provider, or perhaps several preferred cloud providers, they want to continue working with.

"If they [the cloud providers] are coming to ASEAN, we can partner with them,” she said.

“We are investing in skills, not just training our teams on the ground, but also growing our skills,” Follis said. “We’ve grown our skills on the leadership front and we’re hiring across all the business, on the sales side as well as the depth of skills needed in delivery – we're hiring at all levels.”

As always, local partners play a role in augmenting the company’s skills base as well.

"We have invested in talent to grow out our ecosystem in ASEAN so that we’re ready to scale,” Follis said. "And local partners do play a role. Right now, it’s about trying to figure out which are the right ones to partner with. More to come on that.”

Although the company’s partner strategy in ASEAN is still in its early days, Follis is aware that Kyndryl’s downstream partner ecosystem is likely to change over time.

“We’ve just started on this journey. We’ll get going with the partners we’ve started with and that will continue to evolve,” she said.

On the customer front, despite commentary from some quarters suggesting longtime IBM clients would struggle to transition into being Kyndryl customers, the company currently boasts a 96 per cent client retention rate, post-spin, according to Follis – a pretty good score at the best of times.

Internally, the change has also been largely welcomed.

Follis, who has worked for IBM in no fewer than three global regions over the course of her career, rejoined the company, after a multi-year stint with Accenture, in August last year.

Just a couple of months later, the company publicly announced it would spin off its Managed Infrastructure Services unit, meaning much of Follis’ time with Big Blue since rejoining the company has been spent on the spin-out transition. She seems happy with the results.

“The energy level around here and the interest of our clients has just been amazing,” Follis said. “The investment plan in skills, the certifications; we are faster and leaner to be more agile and focus on local growth.”

It is hoped that the agility and freedom from the organisational behemoth that is IBM will allow the company to not only act a little faster than it could in the past, but also make good on its delivery promises.

“We’re focused more on the client facing side of the business, we’re flatter. From a management perspective,” Follis said. “And that allows us to act faster. That means we have a culture that is much manically focused on trust and delivering what you say you’re going to do.

“That trust is a cultural focus that started to be instilled in us six months ago. It’s a different approach,” she added.

Selling to the CIO: Artificial Intelligence

CIO Appetite For AI Is Peaking, But They Need The Channel To Deliver