The mechanisms behind the making of the modern channel 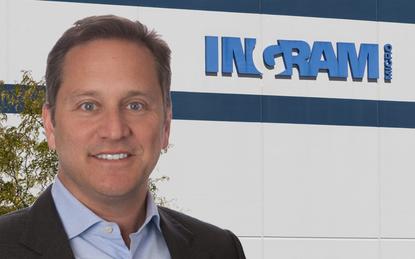 In early November, Ingram Micro Cloud released its second annual industry snapshot, the Cloud Technology: The 2021 State of the Channel Report, drawn from feedback, research and observations of the global channel from the distributor's vantage point sitting between the world’s partners and vendors.

The report paid particular attention to three specific trends that are said to be affecting technology resellers and service providers this year.

These were: the remote work revolution; the evolving role of the modern managed service provider (MSP); and the big three cloud infrastructure providers’ pivot toward the channel.

It should come as little surprise that all three of these core trends are intertwined.

From the perspective of Ingram Micro Cloud’s senior vice president, Victor Baez, these trends were already in play before COVID-19 struck, but as the pandemic marched its way around the world, they have quickly become major factors shaping a fast-evolving channel.

And it is unlikely the changes these trends have wrought will be reversed. Far from it, with change appearing to accelerate as lead cycles compress and customers call for multi-vendor solutions that they can consume as-a-service and without the need for on-premises infrastructure.

"There’s one trend that happened even before the pandemic began,” Baez told Reseller News. “There was already a directional move among big companies, from capex [capital expenditure] budgets to opex [operating expenses] budgets, which facilitated the as-a-service model.”

With solutions shifting to as-a-service to fill the opex mould, so have staffing options – at least those dedicated to implementing new solutions. Instead of hiring permanent employees to sort out the technical back-end for new tech, many organisations opt to outsource those skills.

"You want to get a service to implement that solution,” Baez said.

Moreover, the topic of employee experience — the desire of workers to work on different solutions from different places — has also been a driver of the shifts seen prior to the pandemic, although this element has been profoundly accelerated since the onset of COVID-19.

Of course, the move to remote work in the wake of the pandemic has accelerated these preexisting trends further.

Now, not only are organisations finding themselves in a position that requires them to accommodate existing workers who want flexibility in their work environment, they have, for close to two years, had to onboard new employees remotely – a factor that has compounded the need for new and innovative as-a-service solutions.

At the same time, lockdowns arising from the pandemic have meant that organisations were not able, for months at a time, to physically access their data centres. This alone has prompted legions of companies to quickly shift much, if not all, of their infrastructure to the cloud or opt for cloud-based solutions to replace those hosted on-premises.

With new technology comes the need for new skills. But with a limited number of skills to go around, especially amid the post-COVID rush, it has often made more sense to augment staff and skills by outsourcing them, meaning drawing upon partners’ capabilities.

As these trends have accelerated, the sales cycles and implementation timeframes have dramatically contracted.

“The trend has accelerated,” Baez noted. “During COVID, the lead cycles diminished dramatically, with customers coming and saying, ‘I need this now’.

“As Microsoft CEO Satya Nadella previously said, the pandemic accelerated all the digitisation that was happening before, and it has accelerated companies embracing the channel more than ever.”

For the channel, the cloud-based as-a-service trend allows partners to move faster and be more competitive for their customers, according to Baez.

“So, you had independent software vendors (ISVs) already selling things as-a-service, and now the channel is bolting on its own solutions as well,” he said.

These market pressures bring us to another of the core themes outlined in Ingram Micro Cloud’s report, which was released just days before the distributor’s annual Ingram Micro One event kicked off this year – the hyperscalers’ pivot toward the channel.

Although the company’s report focused primarily on the top three, Amazon Web Services (AWS), Microsoft Azure and Google Cloud Platform, the truth is that most of the cloud providers playing at the top end of town are making substantial investments in their partner efforts.

And it’s not just the cloud providers. The move to engage the channel more deeply than ever before has been taken by droves of vendors across the spectrum, and especially in the software-as-a-service space.

“It’s the hyperscalers, of course, but also other companies that have traditionally gone direct,” Baez said. “They are now spinning up their own channel programs and enabling the channel.

“What we see is the vendors are coming to the channel, embracing it more and more; they have that request coming from the customers. Even companies that had a 100 per cent direct model are, for the most part, now having to partner with other companies. And that's where the channel comes in.

“The channel can offer other consultative services that can help build a solution around a product. Some vendors have done what they can by themselves, but the customers have been asking for a broader ecosystem to build out those products.

“This ecosystem could include managed service providers (MSPs), value-added resellers (VARs), distributors and more. What we’ve been seeing over the last couple of years is that this trend has accelerated,” he added.

So, is this acceleration of the channel’s ongoing evolution and the forces driving it set to leave some partners behind?

Not quite, according to Baez, but it does mean that some partners need to pivot or augment their services offering.

“There are always people thriving in every category, but what we’re hearing, what we’re seeing, is that an MSP today has to quickly become an MSSP [managed security service provider], and have that security expertise and knowledge,” he said.

The market pressure for MSPs to build out a security offering is being driven by more than just an elevated awareness of breaches or cyber threats thanks to media coverage of major incidents, especially in the COVID era, it is also being pushed by customers that need to implement and maintain a secure environment without disrupting employee experience.

“That’s a big challenge,” Baez noted. “To what level does the MSP become an MSSP? Do they build skills internally or do they partner?”

Positioning partners for the future

While MSPs might find themselves needing to look more seriously at security, more traditional resellers don’t necessarily need to change their models to stay in business, but the earnings available from the market they have access to may, over time, become somewhat diminished.

“Some resellers have been around for decades and are relevant in a particular part of the market, but they miss out on a larger profit pool because of where it’s going. But I don’t think they’re left out entirely,” Baez said.

At the same time, however, Baez made the point that it’s becoming increasingly hard to pin a label on many partners, as there are plenty of channel players that wear several hats in their efforts to meet customer needs.

“It’s also hard to label partners a VAR or an ISV [independent software vendor] or an MSP, as many of our partners are building their own software and deploying that to their customers. So, they are an ISV, an MSP, but they’re also a reseller. There isn’t a single cookie cutter version,” Baez said.

For Baez, all of this is putting newfound importance on the role of the distributor which, in the case of Ingram Micro Cloud, equates to augmenting the capabilities of the partners it works with.

“We have thousands of certifications in place that help a very large ecosystem, tens of thousands of partners, to implement solutions and sell solutions faster than ever before,” he said. “Customers are going to need expertise and experience to support them.

"On top of that you’ll need software, a platform that drives significant amounts of automation and managing all these as-a-service subscriptions.

“That’s where we come in with our platform. We see ourselves as the enabler of all the enablers,” he added.

At risk of sounding self-serving, it does appear that the skills and certifications the distributor has built up internally over the years are increasingly becoming an essential ingredient in the toolkit of partners that are finding themselves called on by their customers to provide multi-vendor solutions – this is especially true for smaller or mid-size MSPs.

The skills play has been a top priority for Ingram Micro as a whole, which has invested millions of dollars in software, engineers and products to facilitate partners’ capabilities and capacity in this way.

"The collective amount of people certified we have is in the thousands,” Baez said. “But we also have the right software in place to help everybody thrive in this service economy."

Looking ahead, it appears as though things will continue to change, and probably at the accelerated rate the industry has witnessed over the past two years, with the remote work trend set to stick around, albeit in a potentially more hybrid fashion.

“Based on the research that I’m seeing it does seem that remote work is here to stay, but by how much, and to what degree?” Baez said, pointing to the basic human trait of socialisation as a factor that will mean any long-term remote work trend will be spliced with ample in-person requirements.

“People are social animals, and we do need that collaboration that you really only get from some sort of personal interface, and it’s hard to get that remotely,” he said. “You need a balance of that.”