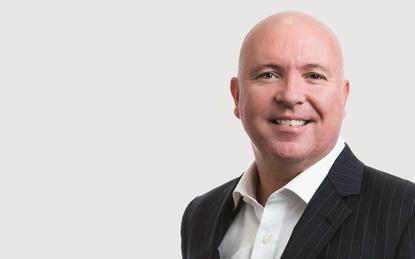 Wireless laser communications technology vendor Transcelestial has inked a partnership with specialist distributor Exclusive Networks that will see it deploy its laser network devices in key markets across the region.

Based in Singapore, Transcelestial has a self-proclaimed goal to build a space laser network to deliver a 'step-change' in internet connectivity globally.

Roughly the size of a shoe box, the Centauri devices weigh less than 3 kilograms and are claimed to be capable of delivering fibre-like speeds to users wirelessly.

The vendor is positioning its wireless, laser-based devices as a real-world alternative to fibre-optic cable-based communications systems.

As part of the partnership, Exclusive Networks will sell Transcelestial’s solutions to its current customer base of mobile network operators (MNOs), internet service providers (ISPs) and enterprises in all 10 of the markets covered by the partnership.

“Exclusive Networks is putting its trust and weight into this partnership to address what COVID-19 has made most urgent in the telecom industry – an accelerated rollout of transformational network upgrades.

“We see a distinct and timely opportunity here for first-movers to lead the charge and define the future of connectivity,” he added.

Also leading the charge is Sunny Tham, Transcelestial’s global channel sales lead, who claims decades of experience in the Asia Pacific point-to-point wireless connectivity market, according to the company.

“The opportunity for Transcelestial’s technology to revolutionise both arenas is not far off – this is simply the first leap forward towards that mission,” he added.

The deal comes several months after Exclusive Networks revealed plans to build out its X-OD subscription platform beyond Europe and into the Asia Pacific region by the end of the year, with the distributor seeing eager uptake of its on-demand, subscription-based delivery platform for vendor solutions and professional services.

The France-headquartered value-added distributor unveiled its X-OD platform in October last year, branding it as the online delivery channel for all Exclusive Networks cyber security and infrastructure products and services.

“Until now, few reseller partners have been able to capitalise on the market forces driving vendors and customers relentlessly to an ‘everything-as-a-service’ world,” Exclusive Networks CEO Jesper Trolle said when the platform was first unveiled. “X-OD makes it easy for them to fast-forward transformation to subscription-based consumption."

Earlier this month, the distributor appointed Lisa Stockwell as head of strategy and growth across Asia Pacific amid plans to enhance vendor relations while building out a next-generation digital technology portfolio.