Talent war to push CIOs towards consultancies and MSPs

As organisations struggle to find IT talent to fill their needs, CIOs will find they have little choice but to outsource work, according to a new IT spending forecast. But they may be able to move past short-term goals and focus on long-term projects. 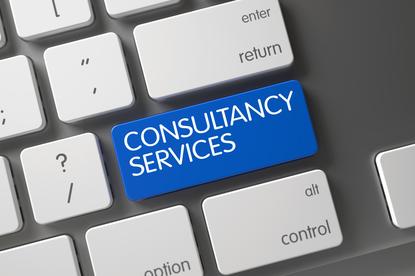 This will be the year CIOs should be able to move past short-term projects that deal with pandemic-related workplace issues and focus on longer-term IT projects, according to a new study by Gartner Research.

Despite the Omicron COVID-19 variant, an economic recovery — with high expectations for spending on digital transformation projects — is likely to continue to boost technology investments this year.

This year, worldwide IT spending is projected to reach $4.45 trillion, an increase of 5.1 per cent from 2021, according to Gartner’s Worldwide IT Spending Forecast. That growth is expected to continue into 2023, when another five per cent in IT spending will be added — bringing the worldwide total of nearly $4.7 trillion.

This year, a dearth of IT skills among staff, wage inflation, and a war for talent will likely push CIOs to rely more on consultancies and managed service providers (MSPs) to pursue digital strategies, according to Gartner.

“The war for talent is critical battle ground for CIOs. There is a growing amount of work they need to accomplish, and while timelines have extended somewhat, there is still urgency,” said John-David Lovelock, a distinguished research vice president at Gartner, in an email reply to Computerworld.

“Unfortunately, CIOs are at a disadvantage when attacking top talent -- there is more money and better opportunities within [technology service providers] for top IT skills,” Lovelock continued.

“In order to maximise productivity of their existing IT staff, CIOs will be outsourcing more to free up time, training existing staff in the desired skills and hiring consultants to fulfil critical skilled roles. This will last at least through 2022.”

Through 2025, organisations will increase their reliance on external consultants, as the greater urgency and accelerated pace of change widen the gap between organisations’ digital business ambitions and their internal resources and capabilities, according to Gartner.

“This will be particularly poignant with cloud, as it serves as a key element in achieving digital ambitions and supporting hybrid work,” Lovelock said. “Gartner expects the vast majority of large organisations to use external consultants to develop their cloud strategy over the next few years.”

As a result, the research firm forecasts that IT services – which include consulting and managed services – will have the second highest spending growth this year, reaching $1.3 trillion, up 7.9 per cent from 2021. Specifically, business and technology consulting spending is expected to grow 10 per cent. In 2023, spending on IT services is predicted to grow 8.8 per cent to almost $1.4 trillion.

This year, cloud is responsible for nearly all of the 11 per cent year-over-year spending growth within the enterprise software segment as organisations focus on upgrading their software stack to software-as-a-service (SaaS) to support continued flexibility and agility.

“The on-premises environment is not going away,” Lovelock said. “Enterprise' spending on servers is flat for the next four to five years, which is sufficient to maintain the current data centre size and expand its capacity. Similarly, the maintenance dollars spent on license software is sufficient to maintain [the] health level of 'on prem' software for many years, although not every software market is being maintained. Cloud is gaining much more of the new spending.”

And, said Lovelock, for CIOs who want to move beyond the critical, short-term projects necessitated by the pandemic, 2022 should allow them to re-focus on long-term projects that add business value.

The only market where spending is expected to drop over the next two years is IT devices. Global spending growth on devices reached a peak in 2021 (15.1 per cent year-on-year increase) as remote work, telehealth and remote learning took hold. While spending in that area is expected to grow by 3.3 per cent to about $813 million this year, it is expected to decline by 1.2 per cent in 2023 to $804 million.

That area is seeing lower spending, fewer units purchased and in some cases lower average sales prices (ASPs), Lovelock said. “However, it may not be fair to see 2022 as a 'down year' as spending is 25 per cent higher than Gartner forecasted back in 2019,” he said.

“It is much higher than previously expected, just not as high as the record year that 2021 was,” he continued. “With remote working initiatives in place for the last 20 months, the need for new devices has shifted from ‘get employees something to work remotely’ to ‘get employees a device best suited for hybrid working.'"