Can Google be trusted?

The surprising answer is yes — as long as you’re not a competitor, advertiser or consumer. 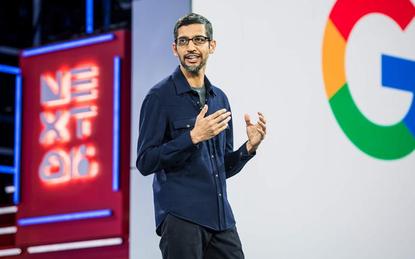 For years, it seemed, Google lived up to its old motto, “Don’t be evil.” It also seemed to do no wrong in terms of product superiority.

Google built its reputation as an ethical company that out-performed competitors. But is that reputation still deserved? One thing is true: It’s been a bad year for Google’s reputation.

An antitrust lawsuit brought by a coalition of US states in 2020 and recently published in un-redacted form alleges that Google suppressed competition by manipulating advertising auctions.

Google used what are called “second price” auctions, where the highest bidder wins the auction, but pays the publisher an amount equal to the second-highest bid. If one company bids US$10 per click, another bids US$8 and another US$6. The US$10 bidder wins — but pays US$8 per click to the publisher.

Google is accused of lying about its “second price” auction and of running a scam in which it pays the publisher the third-highest bid, charges the advertiser the second highest bid and diverts the difference to raise the bids so that bids on Google’s platform would be lower than those on competing platforms.

Google switched to a “first-price” system in 2019, but the lawsuit alleges that Google continues some version of the scheme under the internal code name “Bulbasaur.”

Google says the lawsuit is inaccurate, lacks legal merit and “as of September 2019, we have been running a first price auction. [But] at the time to which AG Paxton is referring, AdX absolutely was a second price auction.”

Another part of the lawsuit claims that Google conspired with Facebook to divide the online ad market and exclude competitors.

Both Google and Meta say their arrangement actually improved competition and was not illegal.

The trial will take place no earlier than 2023.

While this allegation was already public, the legal documents filed with the lawsuit allege that Alphabet and Google CEO Sundar Pichai “personally signed off on the terms of the deal” (as did Meta CEO Mark Zuckerberg, though Meta is not a defendant in the case).

The agreement was referred internally at Google as “Jedi Blue,” a reference to the color of Facebook’s logo.

The lawsuit is one of many government-filed antitrust lawsuits Google now faces in the US and around the world, most of which focus on allegations of it abused its dominant position to favor its own business and exclude competitors.

A class-action lawsuit filed this month alleges that Google illegally pays Apple a share of Search profits to stay out of the search business and give Google Search preferential treatment over other search apps. The suit alleges a secret non-compete and profit-sharing arrangement between the two Silicon Valley giants.

These suits allege collusion with other big tech giants to exclude competitors. But Google had ethical lapses that didn’t involve collusion. For example, it pulled a shameless bait-and-switch on millions of Google Photos users last year.

When Google spun the photos feature out of Google+ in 2015, it offered an unprecedented deal: Free unlimited photos storage!

The free-storage option encouraged millions of users to upload a huge number of photos to the service. And the Google Photos app encouraged users to delete local copies to save space on local storage, meaning that for most users Google Photos holds the only copy of the photos people use to capture moments in their lives — their children, deceased loved ones — irreplaceable memories.

But as of June 1 (after users uploaded more photos than they could ever reasonably download) Google reneged on that deal, establishing a new quota limit for free storage of 15 GB. (Google offered a confusing range of exceptions for owners of different Pixel phones.)

The free storage bait came with a catch: You had to let Google compress and degrade your pictures. Most users selected this option because they didn’t want to pay for storage. After allowing Google to permanently degrade the photo quality of everyone’s photos, many customers in the end will have to pay anyway.

(Note that the fine print in Google’s Terms of Service did not promise to keep the free unlimited storage deal forever. But users were led to believe that was the case.)

Has Google lost its product-quality mojo?

One trend has become clear with Google, which is the squandering of early leads to the detriment of customers. For example, when the pandemic struck and organisations sent millions of employees to work from home, the group video chat platform Zoom surged to dominance.

Why didn’t Google own this space?

Google Hangouts launched as a feature of the now-defunct Google+ social network in 2011 (the same year Zoom Video Communications was founded), and got spun out as a stand-alone app in 2013 (the same year Zoom launched as a product). Google had a massive advantage in both product quality and market share. But Hangouts changed its focus and purpose and target audience until being killed off by Google in 2019, just before the pandemic struck and turned Zoom into the indispensable business tool of 2020, 2021, and 2022.

This is, and should be considered, a fiasco. But it’s only a small part of Google’s total failure to dominate the larger world of person-to-person communication.

This fact was highlighted by Google’s own criticism of Apple recently. The official Google Android account on Twitter this month complained that “iMessage should not benefit from bullying. Texting should bring us together, and the solution exists. Let’s fix this as one industry.”

The tweet was amplifying a link to a Wall Street Journal piece complaining that Apple’s iMessage interface, which displays non-iMessage users as green, rather than blue, stigmatises teenagers who own Android phones and constitutes bullying and the leveraging of peer pressure to compel iPhone sales among teens.

By “Let’s fix this as one industry,” Google is implicitly calling on Apple to embrace Rich Communication Services (RCS), which is better than SMS but lags a decade behind modern messaging services like iMessage.

The irony is that only Google has been in a position to “fix” the incompatible message platform fiasco we all grapple with. As Ars Technica recently detailed, since Apple launched iMessage in 2011, Google has launched 13 messaging products — and killed five of them.

Google has also pooched its smartphone business, from the HTC, Nexus, and Moto X lines to the current lineup branded with the Pixel label. The Pixel phone line launched in 2016, and the company shipped version 6 last Oct. 28.

Google is one of the many Android-phone makers that competes in both business and consumer markets against Apple, which constantly ships very high-quality phones in astonishingly high numbers.

And yet, after all those revisions, Google is still struggling to make a trouble-free product. The Pixel 6 shipped with annoying issues (and a December update that introduced additional bugs), inspiring smartphone influencer Marques Brownlee to tweet: “My Pixel 6 Pro has slowly gotten so buggy since launch in October that I can no longer recommend it at US$900. Combined with the latest botched update, it's just been a bad experience.”

Some users are complaining about sluggish and unreliable fingerprint scanning, problems with the phone disconnecting randomly from Android Auto, Wi-Fi unreliability, and poor battery performance. Most of the problems appear to be unready software, rather than problematic hardware.

One headline said it out loud: “Google’s Pixel 6 issues are causing a crisis of trust.”

When ethical and product failures collide

One recent event suggests both ethical transgressions and product failure.

Last week, the International Trade Commission (ITC) ruled that Google infringed on five Sonos patents, threatening to restrict importation and sale of Nest smart speakers. But instead of apologising for stealing intellectual property and paying royalties for the infringed patents, Google chose instead to disable the infringing features, on which Google’s customers based their purchases.

And, of course, one of the biggest sources of Google mistrust is the company’s habit of launching new services with great fanfare, convincing its most passionate users to embrace those platforms, then shutting them down. Sites like KilledByGoogle.com list the services Google has shuttered. Even if it had good reasons for terminating these products, their frequency makes users hesitate to trust or invest time in any specific Google product or service.

The next major product to be shut down will be the old version of Google Voice (next month), and with that closure, Google is terminating some of Voice’s most appealing features, such as

carrier call forwarding, ring scheduling, the Do Not Disturb timer and other features. (A new Voice app will retain some of the functionality of the old Voice app.)

The shutdown does not affect Google Workspace Voice accounts.

So, can we trust Google?

To me, the most interesting fact about all these allegations and complaints is that none of them affect Google’s business and enterprise products or customers.

Advertisers, competitors, and consumers have concerns. But there’s no major new reason for enterprises and other large organisations to mistrust Google products in that space. In fact, it looks to me that we’re seeing the collateral damage from a company doing a slow pivot from consumers to businesses.

The courts will sort out the legal ethical lapses. Consumer demand will punish Google for consumer product failures. But for business customers, Google is still an ethical and reliable provider that isn’t any less trustworthy than it was in the past.

How’s that for a ringing endorsement?