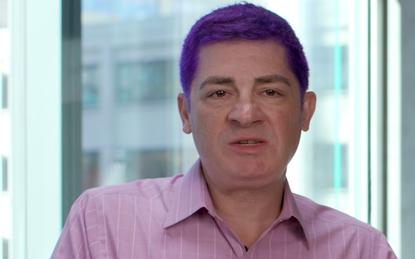 Available through the AWS Billing Console at no cost, the tool shows scope 1 and 2 carbon emissions in summary, geographic and per-service form.

The first scope, as defined by the Greenhouse Gas Protocol (GHG) – a widely used greenhouse gas accounting standard — is classified as direct greenhouse emissions from sources controlled or owned by an organisation.

Meanwhile, the second is indirect emissions related to the purchase of electricity, steam, heat and cooling, as outlined by the United States Environmental Protection Agency. The tool’s release comes from a desire of AWS customers inquiring about their approach to emissions, according to Jeff Barr, chief evangelist at AWS.

“After I share information about our efforts to decarbonise with our customers, they tell me that their organisation is on a similar path, and that they need to know more about the carbon footprint of their cloud infrastructure,” he said in a blog post.

Meanwhile, Ken Haig, head of energy policy for Asia Pacific and Japan (APJ) at AWS, said the tool was developed and tested alongside feedback from AWS customers.

“We are pleased to announce the launch of the AWS customer carbon footprint tool, providing AWS customers with an estimate of their carbon emissions from their use of all AWS products as well as the emissions reductions realised by moving to AWS,” he said.

“This tool will help our customers report, track and evaluate their carbon emissions to monitor progress toward their future carbon reduction goals.”

The introduction of this tool from the cloud giant follows its goal of powering its operations with 100 per cent renewable energy by 2025, a target it claims it is five years ahead of its previous schedule.

Additionally, In 2019, AWS parent Amazon, together with Global Optimism, co-founded The Climate Pledge, a commitment to be net zero carbon by 2040.

Signatories to The Climate Pledge, which now number 217, agree to measure and report greenhouse gas emissions on a regular basis and implement decarbonisation strategies in line with the Paris Agreement through business changes and innovations.

However, the move towards emission reductions is more likely to be rooted in desires from the investment community, with Gartner research vice president Neil McMurchy claiming to ARN in October 2021 that while customer demand for these initiatives is “probably non-existent”, the situation is likely to change.

“Any publicly traded vendor is well advanced in terms of their ESG [environmental, social and governance policy],” he said at the time. “From a capital market perspective, investors...are putting a value on compliance.

“The large vendors and smaller vendors too...whether it’s altruistic or if it’s the case that they don’t want to be a standout, those suppliers are going to do it.

“Eventually it will work through the procurement processes of end customers. Even now, there will be some procurement departments increasing their compliance focus on ESG.”