Aims to capitalise on "underserved market" in the Philippines. 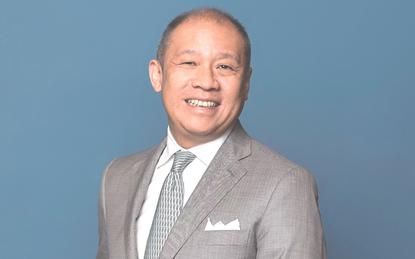 Terms of the agreement will see both STT GDC and Ayala subscribe to new shares in KarmanEdge, a 100 per cent owned subsidiary of Globe that will house the carved-out data centre business.

With the potential to expand by up to 100MW capacity in the mid to long-term, Globe will remain the largest shareholder with a 50 per cent ownership, followed by STT GDC with 40 per cent and Ayala taking up the balance.

The capital infusion by the new partners will result in a post-money valuation of KarmanEdge at over US$350 million. Globe will receive proceeds of US$100 million from the transaction with the remaining capital injected to be utilised by the business for “future expansion and growth”.

Following months of industry speculation, the transaction -- which is expected to be completed during the first quarter of 2022 -- will be subject to customary closing conditions, including relevant regulatory approvals.

“The Philippines is an underserved market with huge demand for data centre services,” said Ernest Cu, president and CEO of Globe.

“Together with STT GDC’s deep expertise and experience in developing, owning and operating data centres globally and Ayala’s significant business reach, relationships in the country and in the region, we believe that this joint venture will be well-positioned to become the leader in the data centre space in the Philippines.”

As outlined by Cu, the venture is designed to help accelerate Globe’s efforts to scale up its capacity and capabilities in the data centre space to address “significant and growing demand” nationwide, from both local organisations and global hyperscalers.

Today, more than 43 per cent of Singapore-based STT GDC’s data centres are operating with power derived from renewable sources, while Ayala operates as one of the largest conglomerates in the Philippines with core interests in real estate, banking, telecommunications and power.

“Our partnership with STT GDC and Ayala will be a step forward in our ambition to transform the country’s digital infrastructure by building and operating the most energy efficient and connectivity-rich data centres in the country,” Cu added.

According to Bruno Lopez -- president and Group CEO of STT GDC -- the agreement paves the way for global data centre platform expansion across Asia, with a specific focus on the Philippines.

“With Globe’s well-established digital solutions platform and our data centre expertise, we are confident that through our partnership, we can build a leading data centre platform in the country,” Lopez said. “This venture will enhance our offerings to support enterprises as they grow their digital infrastructure in the Philippines and the wider Asia Pacific region.”

Globe -- through its wholly-owned subsidiary, Innove Communications -- has been operating data centres in the country since 2001 and has since expanded its portfolio nationwide, serving both its internal needs, local enterprises and global hyperscalers.

“We believe we have found in STT GDC the right partner to help us scale up and play a major role in the development of the Data centre Industry in the country,” added Fernando Zobel de Ayala, president and CEO of Ayala.