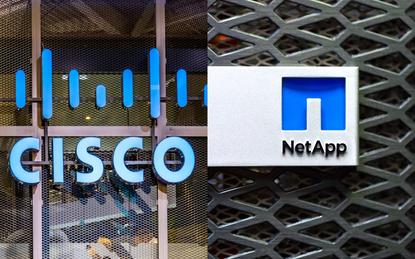 FlexPod -- which Cisco and NetApp have been building since 2010 and has some 10,000 customers the vendors claim -- includes integrated Cisco UCS servers and networking gear and NetApp ONTAP storage components sold as an on-premises or edge converged-infrastructure package.

Customers are now in the midst of a major shift to modernise and unify their infrastructure and operations, Siva Sivakumar senior director for Computing System Platforms Group at Cisco said in a blog about the enhancements.

“Customers are evaluating every tool available to augment their in-house resources and skillsets including automation, observability, and a variety of hybrid cloud and SaaS services," he wrote. "The goal is simple: Use whatever is available to supercharge IT productivity and agility to drive better operational results while lowering operational costs.”

That’s where the latest evolution of the FlexPod package -- FlexPod XCS -- is going. FlexPod XCS is optimised for hybrid cloud and includes improved management and automation to support cloud-native apps.

The key to the new FlexPod XCS is tighter integration with Cisco’s core Intersight cloud operations management platform that offers visualisation, optimisation, and orchestration for applications and infrastructure.

Customers can now see and manage all FlexPod components through a single view on the Intersight dashboard. The idea is businesses can now see and respond to changes more quickly, according to Sivakumar.

In addition, with tighter Intersight support, businesses can have FlexPod-specific views that provide operational status of your existing and new FlexPods, including inventory, health status, alerts, and lifecycle advisories, according to Cisco.

On the automation enhancements, customers can use Intersight Cloud Orchestrator and NetApp automated scripts to enable configuration, deployment, expansion, and infrastructure consumption and optimisation without IT intervention.

The companies have added a FlexPod as a Service options so that customers can buy and consume the package as needed. FlexPod XCS is expected to be generally available by mid-2022.