The latest generation of IBM mainframes, the z16, is just the most recent chapter of one of the longest running tech success stories. 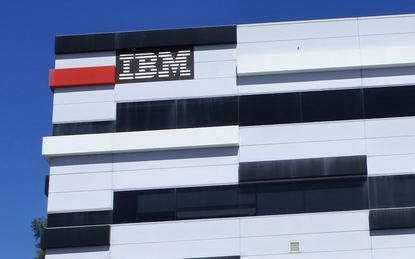 With the advent of the latest generation of IBM mainframes – the z16 – Big Blue is furthering one of the most successful technology systems the IT world has known.

Here are a few key moments in the history of the Big Iron:

In 1964 IBM began what many would consider the first true series of mainframes, the IBM 360. At the time IBM said its central processors included 19 combinations of graduated speed and memory capacity.

The system also included more than 40 types of peripheral equipment  for entering, storing, and retrieving information. Built-in communications capability made the System/360 available to remote terminals, regardless of distance.

The System/370 launch in 1970 cemented the Big Iron’s place in business history, according to IBM. At its height of its popularity IBM said there was sometimes a two-year waiting list for the machine.

Some 3090's ran something called a Vector Facility that was designed to "increase the computing performance capability of the central processor when iterative or repetitive logical or floating-point operations are to be performed on many related data elements, " IBM stated. Prices for larger models topped $5 million.

Keep in mind too that IBM touted its heritage by noting that programs and applications based on the widely used S/370 architecture will run on the new systems with little or no modification.

Basic purchase prices for the water-cooled models range from $2.45 million to $22.8 million, IBM stated. IBM upgraded or added about 60 models to the S/390 line throughout the 90s, with a major refresh hitting in 1999 with the introduction of the S/390 Parallel Enterprise.

In 2010 IBM introduced a new generation of mainframes that included the ability to manage Power and x86 IBM blade systems from the mainframe consol. The zEnterprise could have up to 96 processors and up to 114 blades with eight cores.

With their characteristic excitement, IBM mainframers call the zEnterprise the most significant change to the mainframe platform in 20 years. IBM said the mainframes ran 40 per cent faster than its predecessor but used 90 per cent less energy.

In a bold strategic move, in 2000 IBM said it would support Linux on the mainframe, an acknowledgement of the open-source software's growing influence. IBM also invested $1 billion to develop and market Linux in general.

By 2014 there were already over 3,000 Linux applications available for the mainframe from software developers. In 2015 IBM rolled out a standalone box for the OS, the LinuxONE, which is now at the heart of some of the world’s largest implementations.

The next chapter in mainframe Linux began in 2018 when IBM bought Linux powerhouse Red Hat for $34 billion, tying the massive transactional capacity, security, and reliability of the mainframe with Red Hat Open Shift and Red Hat Enterprise Linux. By 2020 over 52 per cent of IBM Z mainframes supported Linux.

The Linux Foundation’s Open Mainframe Project Zowe is moving the Big Iron further away from traditional mainframe workload development. Clients no longer have to develop and work with proprietary tools, and the zOS is being brought completely into the modern application development world, IBM said.

Gartner wrote of the project: "Now developers, testers, and infrastructure and operations staff have the capability to utilise the same tools which exist in the distributed world. Rocket Software, CA Technologies, and IBM are supporting the Open Mainframe Project Zowe, which is making adapting open-source tools much easier."

IBM called Zowe a framework that lets development and operations teams securely manage, control, script, and develop on the mainframe like any other cloud platform.

Most recently IBM has taken the mainframe to the cloud with a vengeance. Two new services in particular—IBM Z and Cloud Modernization Stack 2022, and Wazi as-a-Service—will let customers more easily develop and test mainframe applications as-a-service in a public cloud environment.

IBM and the mainframe are also moving toward more cloud-agile, consumption-based licensing with Tailored Fit Pricing. Rolled out in 2019, it offers two pricing models that can help cope with ever-changing workload and software costs.

At the time Network World wrote that the House mainframe had quasi-celebrity status, having kept House inventory-control records and financial management data since 1997. "But it was time for a change, with the House spending $30,000 a year to power the mainframe and another $700,000 each year for maintenance and support," the article said.

In 2016 the Government Accountability Office reported that a 53-year old mainframe system was being used to handle personnel and accounting duties for the Department of Veterans affairs.

The same GAO report lamented to use of other 30+ year old mainframes in the Departments of Justice and Veterans Affairs and the Social Security Administration. In Fiscal Year 2019, the Internal Revenue Service processed more than 253 million tax returns and forms employing two IBM mainframes.

Modernisation efforts have ensued since then, but the Big Iron is still involved in many agencies. For example, a 2021 Accenture-NASCIO Cloud Study found that 89 per cent of all state government agencies have a mainframe computer, and 71 per cent indicate that they have not moved any applications to a mainframe as a service (MFaaS) which would move apps off of the Big Iron.