We’re one step closer to Windows in the cloud

Microsoft is bound and determined to move old Windows set-ups to desktop-as-a-service. Here are its latest moves. 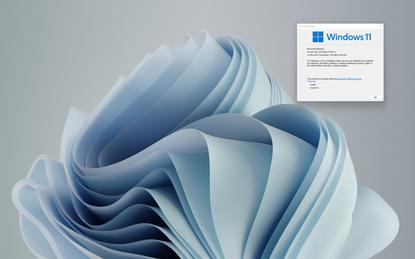 I've been saying for a long time now that Microsoft's master Windows plan is to move you to a cloud-based Desktop-as-a-Service (DaaS) model. Earlier this year, I pointed out that Windows 11 was nudging us towards Windows as a Service (WaaS).

The march continues. At last week’s 'Windows Powers the Future of Hybrid Work' virtual event and in its paper, New experiences in Windows 11 and Windows 365 empower new ways of working Microsoft has laid out the next steps in its vision of tomorrow's Windows desktop.

I've already told you what this vision is, so I'll let Microsoft’s Windows and Surface chief, Panos Panay, explain that this is "just the beginning of our Windows and Microsoft cloud integration." Actually, this is hardly the beginning. But it's getting to be impossible to pretend that Microsoft isn't moving users from the old-style PC-centric desktop to a cloud-based desktop.

As Wangui McKelvey, Microsoft 365's general manager, explained: "We’re bringing the power of the cloud and familiarity of the PC together." How? By introducing sometime soon, but without a specific date, the following DaaS-friendly features.

Windows 365 Boot: With this, you can set up a cloud profile to which you can boot directly. You won't have to first boot into Windows on a device.

That means, in theory, you'll be able to run WaaS on your Mac, Chromebook, or even a Linux PC. It's meant for devices that are shared between employees or for businesses that let you bring your own device (BYOD) to your work. So, if you're working from home, this lets you use your home PC while keeping all your work on the cloud.

I can see this for companies that understandably have qualms about letting their workers keep company secrets on the same computer the kids use for playing “Fortnite.” As McKelvey points out, this lets you use Windows 365 Cloud PC with their credentials on any PC.

Windows 365 App: With this, you can pin your customised Cloud Desktop on your Windows 11 taskbar and/or Start Menu for easy access.

Windows 365 Switch: This new Task Switcher function enables you to jump between your Cloud PC and your local desktop.

Windows 365 Offline: Finally, and almost certainly farther out, you'll be able to work with their Cloud PC image even when you're not connected to the Internet or the Windows 365 service. When you're back in touch, you can reconnect and automatically resync without losing any work. (Google's Chrome OS already has some of this capacity.)

I can see the advantages and disadvantages of both the old-school standalone desktop and DaaS. Personally, I'll always prefer a PC where I — not Microsoft  or anyone else — effectively controls the horizontal and the vertical. On the other hand, if I were a business, especially one with many people working from home or employees with one foot in the office and the other in-home with a hybrid model, I can see the appeal of DaaS.

There are many other DaaS alternatives, but it's hard to bet against Windows 365 thanks to Microsoft's immense desktop market share.

The one problem Microsoft faces, as I see it — since I know most users aren't as concerned about security, privacy, and personal control as I am — is the cost. The Windows 365 Cloud PC isn't cheap.

My wallet hurts just thinking about it.

But, with Apple exploring a monthly subscription plan for iPhones and iPads with what likely will be an even bigger price tag, maybe this is the future for both mainstream desktops and devices. It's not one I care for, but we're already doing most of our work on the internet anyway.

Whether I like it or not, it seems the desktop's future really will be in the cloud.