Spyware firm is hacking into iOS and Android devices, according to Google 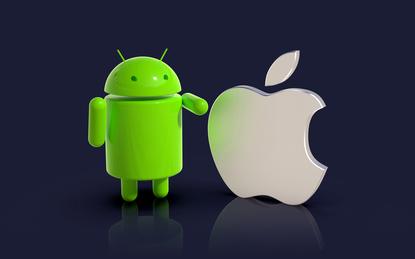 Google's Threat Analysis Group (TAG) has identified Italian vendor RCS Lab as a spyware offender, developing tools that are being used to exploit zero-day vulnerabilities to effect attacks on iOS and Android mobile users in Italy and Kazakhstan.

According to a Google blog post on Thursday, RCS Lab uses a combination of tactics, including atypical drive-by downloads as initial infection vectors. The company has developed tools to spy on the private data of the targeted devices, the post said.

Milan-based RCS Lab claims to have affiliates in France and Spain, and has listed European government agencies as its clients on its website. It claims to deliver "cutting-edge technical solutions" in the field of lawful interception.

The company was unavailable for comment and did not respond to email queries. In a statement to Reuters, RCS Lab said, "RCS Lab personnel are not exposed, nor participate in any activities conducted by the relevant customers."

On its website, the firm advertises that it offers "complete lawful interception services, with more than 10,000 intercepted targets handled daily in Europe alone."

Google's TAG, on its part, said it has observed spyware campaigns using capabilities it attributes to RCS Lab. The campaigns originate with a unique link sent to the target, which, when clicked, attempts to get the user to download and install a malicious application on either Android or iOS devices.

This appears to be done, in some cases, by working with the target device's ISP to disable mobile data connectivity, Google said. Subsequently, the user receives an application download link via SMS, ostensibly for recovering data connectivity.

Defined as downloads that users authorise without understanding the consequences, the "authorised drive by" technique has been a recurrent method used to infect both iOS and Android devices, Google said.

The Android drive-by relies on users enabling installation of an application that disguises itself as a legitimate app that displays an official Samsung icon.

To protect its users, Google has implemented changes in Google Play Protect and disabled Firebase projects used as C2—the command and control techniques used for communications with affected devices. Additionally, Google has enlisted a few indicators of compromise (IOC) in the post to warn Android victims.