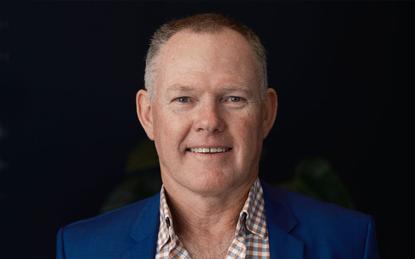 Nextgen Group has ramped up its channel marketing services by taking a stake in Silicon Valley-founded agency Elastic Digital.

As part of the deal, Elastic Digital will merge with Nextgen’s creative arm Bang as the former’s founder, Cameron Avery, becomes the distributor’s chief marketing officer. Once merged, Elastic Digital will become Nextgen's lead agency brand as the Bang brand, which was acquired in 2017, is retired.

Nextgen didn't reveal the value of the stake and the proportion acquired, but said Elastic Digital is a multi-million-dollar company with revenue all generated offshore, mostly in the United States.

“We acquired Bang five years ago to bring a professional digital marketing capability to the enterprise IT and telecommunications channel,” said Nextgen CEO John Walters.

“This strategy has succeeded in developing some great clients, delivering leading edge campaigns, and forging a place for digital marketing in a distribution and channel services company.”

Having taken advice from analyst firm Forrester, Walters explained, Nextgen decided to double down on its digital marketing capability with a “more scalable model that supports [its] geographical and services expansion”. This includes recent expansion efforts into Singapore.

“The Elastic Digital model has that in spades,” Walters added. “Our vendors and partners need that, and our Nextgen services businesses, such as oSpace and Optima need that type of go-to-market model. This gives us a tighter alignment with the rapidly growing enterprise cloud, software and cyber security markets.”

A decade after launching in the US, Elastic began selling its marketing self-service technology to Australia, boasting partnerships with VMware and Symantec at the time.

“After 10 years in Silicon Valley, I was surprised to find a company with a vision as strong as the Nexgen Group’s when I returned to Australia,” Avery said.

“Their model gives enterprise cloud, software, and cyber security companies the tools they need to investigate, start up or rapidly expand in Asia Pacific. This is a completely new and fresh approach. Elastic Digital’s demonstrated digital marketing capabilities in target industries will serve to strengthen and enhance their already impressive model.”