Digital-twin tech at crux of Schneider Electric's $10.7B deal for Aveva

Schneider touts synergy, reference-agnostic data platforms, but insists that Aveva will continue to operate much as it has in the past. 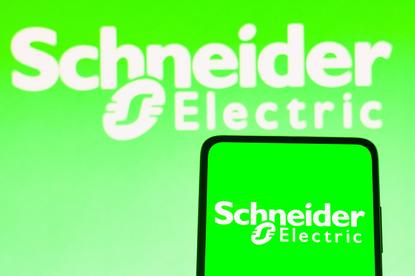 Digital-twin technology is playing an important role in the plan by Schneider Electric to fully take over UK industrial and engineering software vendor Aveva, in a $10.7 billion deal.

Schneider has been a majority shareholder of Aveva since 2018, when it bought roughly 60 per cent of the company’s shares through a reverse merger that made Schneider’s industrial software business a part of the UK firm. The new acquisition deal, when it closes, would see all shares of the British company transferred to Schneider.

The idea is to further integrate Aveva digital-twin capabilities — which are used to simulate processes and help design and maintain complex industrial systems — and extensive system-agnostic data platform into Schneider’s own portfolio, though the latter company did express its intentions to keep Aveva relatively independent, in a statement.

Aveva’s teams won’t be merged with Schneider Electric’s, its software will continue to be based on open architectures, and, according to the statement, the British company will still operate with relative independence.

“Schneider Electric intends for Aveva to remain as a distinct legal group with its own board of directors,” the company said. “Schneider Electric is particularly mindful of the importance of maintaining Aveva’s distinctive software culture going forward.”

Key to the deal is Aveva’s 2021 acquisition of OSIsoft, the maker of a real-time data hub for analysing and monitoring industrial and business process information.

That data hub forms the basis of the expanded integration between the two companies’ systems, using a hybrid cloud model to pull in information from data centres and operational equipment for use in applications like analytics and visualisation.

Schneider heavily emphasised the “agnostic” nature of both companies’ key software offerings, which is partially enabled by the OSIsoft platform.

The ability to take in data from a wide array of different sources — from machines on a factory floor to HVAC in a data centre and more besides — and standardise it automatically for use in analytics or monitoring applications is highly valuable, making the combined company’s offerings addressable to an equally wide array of different verticals.

The partnership between Schneider and Aveva has already seen the creation of several new offerings, including, in 2020, a new multisite data centre management offering based on Aveva’s Unified Operations Center software and Schneider’s EcoStruxure IoT integration platform.

The deal is expected to be completed in 2023. Schneider shares rose by 1.86 per cent on the Paris Stock Exchange to close at $118.18 after the announcement.